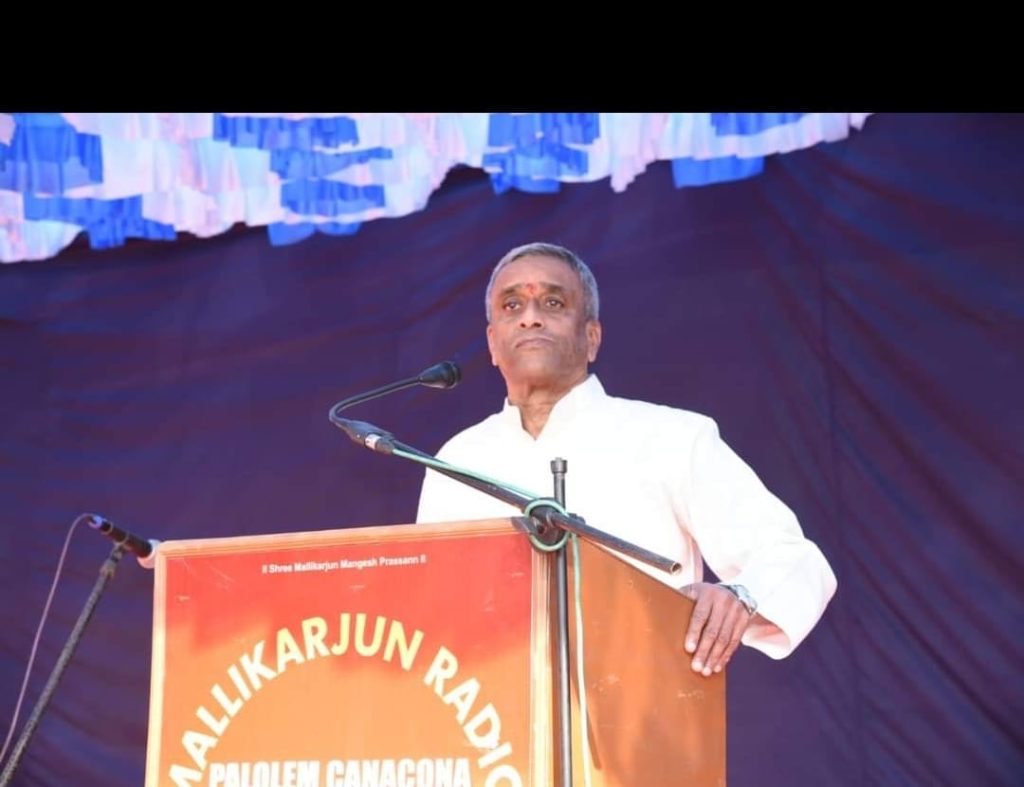 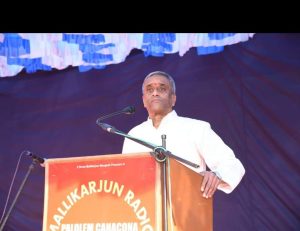 Goemkarponn desk
CANACONA: Power Minister Sudin Dhavalikar paid rich tributes to freedom fighters for working hard to give Goa much-needed liberation.
“Several Kings and Dynasties ruled Goa, including Kadamba’s, but the 450 years rule of Portuguese in which they tried to bring Change (Parivartan) in the entire has brought pain to the Goans. King Adil Shah from Bijapur, who ruled Goa, handed over Goa to the Portuguese in an Agreement (Karar-nama) in 1510, and only after that did the Portuguese tried to bring change in every corner of Goa, while the Kadamba dynasty, which was ruling Goa,, before then had brought different (vivid) Cultural (Sanskrutik) values amongst Goans,” said Sudin Dhavalikar after Hoisting the National Flag, taking a guard of honour from Canacona police and Salute as School children presented March past at Shri Gaitonde Grounds to mark the State’s 61sy Liberation Day on Monday.
He said Goa was ruled by various kings and dynasties besides the Portuguese.
“Portuguese efforts to bring changes in Goa have hurt the sentiments of all Goans. It is very important to know here the Portuguese Salazari (attrocities), which the Portuguese have enforced, was destroyed by the Portuguese themselves in Portugal in 1984, while the same(Salazar regime) in Goa was destroyed by Goans in 1961. This is very important,” he said.
Dhavalikar also informed that the power department is already infusing Rs. 200 cr for Electricity improvement. The alignment of the National Highway road alignment is finalised, and the land acquisition process has commenced.
“It was decided in 2002 under Parrikaar leadership that each village road should be hot-mixed and from then onwards, all rural roads, major district roads, District roads, State Highway and National Highway is duly hot mixed in the State,” he said.
Earlier, Dhavalikar hoisted the flag and took the salute as police and school students presented march past. Dhavalikar also inspected the guard of honour given by Canacona Police led by PI Chandrakant Gawas. Canacona Dy Collector Ramesh Gaonkar, Mamlatdar Manoj Korgaonkar, the Fire Station in charge, and most of the departmental heads were present.
CMC Chairperson Ramakant Naikgaunkar, Dy Chairperson Laxuman Pagui and most councillors who earlier held Flag hoisting at Canacona Municipal Council were also present, including both ZPs, Sarpanch, Panch’s at the District Function at Chaudi.