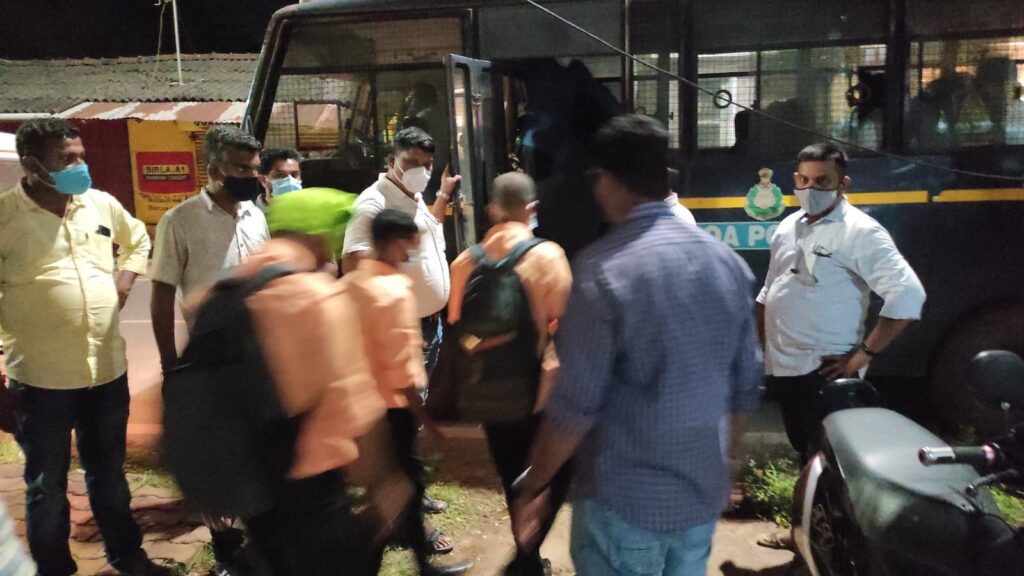 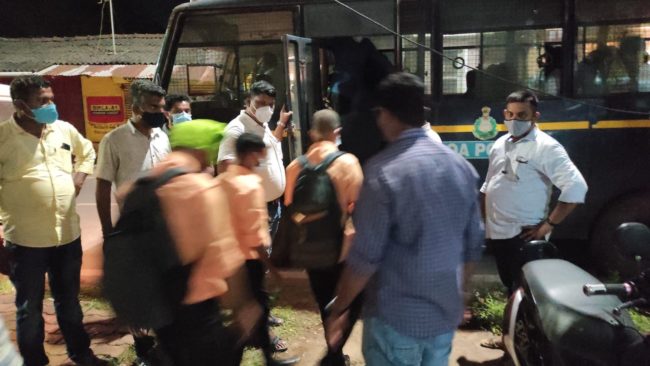 Goemkarponn desk
MARGAO: In a late-night raid on a mini-casino operating from a premise at Calconda-Margao, Crime Branch detained 12 persons, including eight staffers, along with ₹ 85 lakhs worth of chips, casino machines, cash & mobiles.
The raid was conducted by a team headed by Crime Branch PI Laxi Amonkar and others.
Officials seized gambling material and machines used to play casinos.
A source from Crime Branch told Goemkarponn that one Muzawar from Mandop, Navelim, was running the mini-casino for long.
Goemkarpon also tried to find out more details about the Muzawar, and it was revealed that the said person has many such casinos in Salcete, mainly in Benaulim and around. He also handles matka business in the taluka.
It is now revealed that Muzawar’s premise at Benaulim was raided by Colva police, where he was operating matka business a few months back.

Margao police keeping eyes off on casino?
The question is raised on Margao police as they had not taken any action on the casino operating in their jurisdiction.
Earlier, one casino was raided by SP South in Gandhi Market when he was patrolling.
Sources also told that Muzawar has a network of casinos in many parts of South Goa.
Recently one has been started at Someshwar temple, Quepem.
Rehan Muzawar, who is arrested by a Crime Branch, is a resident of Mandopa and is likely to contest the upcoming Navelim elections.
He had put his banners in many parts of Navelim.