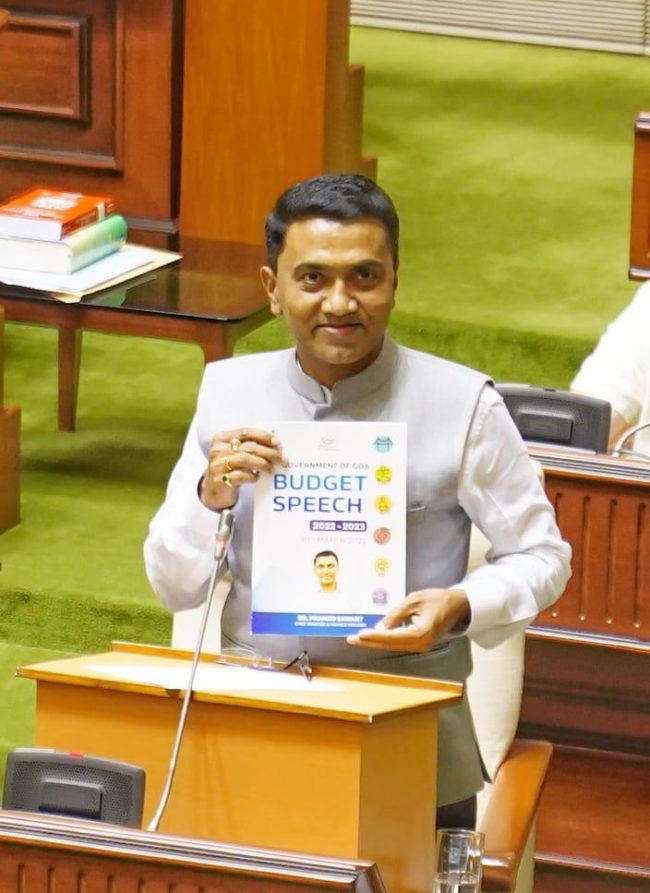 PANAJI: In the last ten years of teh BJP rule in Goa, the State has seen several development projects, but at the same time, the State’s debts have also increased manifolds.

In teh last five years itself, the State’s debts have increased by ₹8500 crores.

The Public debt of the State is showing an increasing trend.

The major component of the Public Debt is Market loans

Since 2018, the State has lost ₹1500 crores annually due to the mining crisis.

The mining industry contributed around ₹1500-₹2000 cr to the State treasury, but after Supreme Court struck off the renewal of mining leases, the operations have come to a grinding halt and, as such, have immensely affected the State finances.

Worse still, there have been no revenue-generating measures.

Even in this Budget speech, the State Finance Minister, Dr Pramod Sawant, made no efforts to generate revenue. He said he did not want to burden the common man further. Thus indicating that the State will continue to borrow from the banks instead of becoming self-reliant.

For the last two years, the global economy has seen a lot of instability due to Covid 19 pandemic. The period\ from March 2019 to March 2021 saw a global slump in the economy, and Goa was not spared from its effects.

The growth of the State was adversely affected. However, 2021-22 has shown signs of recovery.

revenue receipts are estimated to be ₹ 14787.50 crores as

Goemkarponn desk PANAJI: Decks have been cleared for the formation of Goa Mineral Development Corporation as Governor PS Sreedharan grants assent for the same. “We ... Read More

In a an interesting turn of events amidst the COVID19 pandemic, Goencho Avaaz filed complaints against the former Chief Minister Laxmikant Parsekar and two officials ... Read More