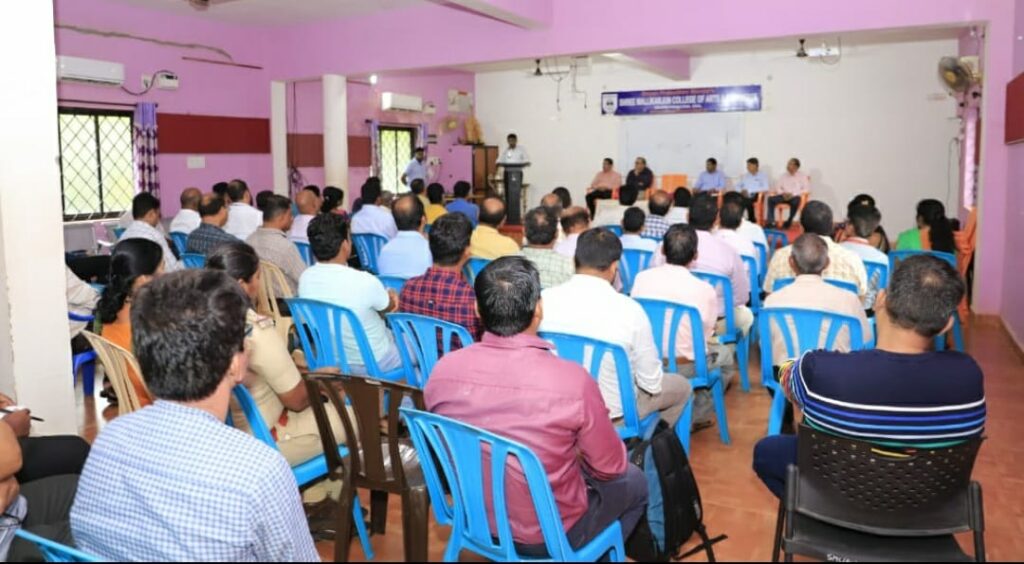 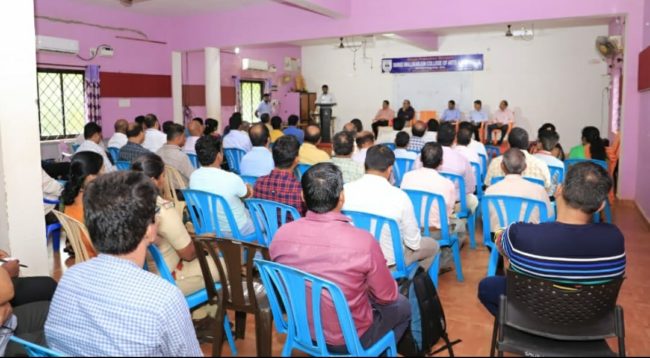 CANACONA – 52 Departments, including 49 Nodal officers and three (3) departmental heads, attended the first meeting on ‘Vision Canacona 2030’, deliberating the pros and cons of the demands and suggestions.
GLA Speaker and Canacona MLA Ramesh Tawadkar addressed the various officers representing respective departments and guided the nodal officers on the momentum they had to follow and follow up in implementing recommendations, suggestions and proposals.
Tawadkar specifically touched on Fishermen’s woes, Technical education, the Highway concept and providing Relief and Assistance to Homeless households.
Higher Education Director Vijay Kamat, Art and Culture Director Sagun Velip and Canacona Dy Collector/SDO Ramesh Gaonkar, besides Executive Engineer (Electricity), Dy SP(SDPO), Canacona, amongst others, attended the meeting in which the bureaucracy was explained about the concept of the Canacona Vision-2030 document.
The bureaucracy was told that the procedures started with a meeting on 4th June in which 18 committees are appointed, and a next joint meeting along with the respective committees and bureaucracy will be held by next fortnight.
The bureaucracy is especially informed that though the suggestion and proposals will come from the respective committee appointed with public participation, its actual implementation will be the task of the bureaucracy.
The respective departments will be given one nodal officer from the committees to interact with and facilitate the implementation of the proposals/s.
The respective Department heads and Nodal officers assembled under the banner ‘Vision Canacona 2030’ at Shree Mallikarjun and Shri Chetan Manju Desai College at Delem and coordinated by College Principal Dr Manoj Kamat.
Discussion on various issues pertaining to the development of canacona taluka and suggestions to cater to the needs of citizens were discussed.
In overwhelming support, overall, 52 Various departments and nodal heads attended the meeting, expressed their views on issues that could arise while implementing proposals, etc.