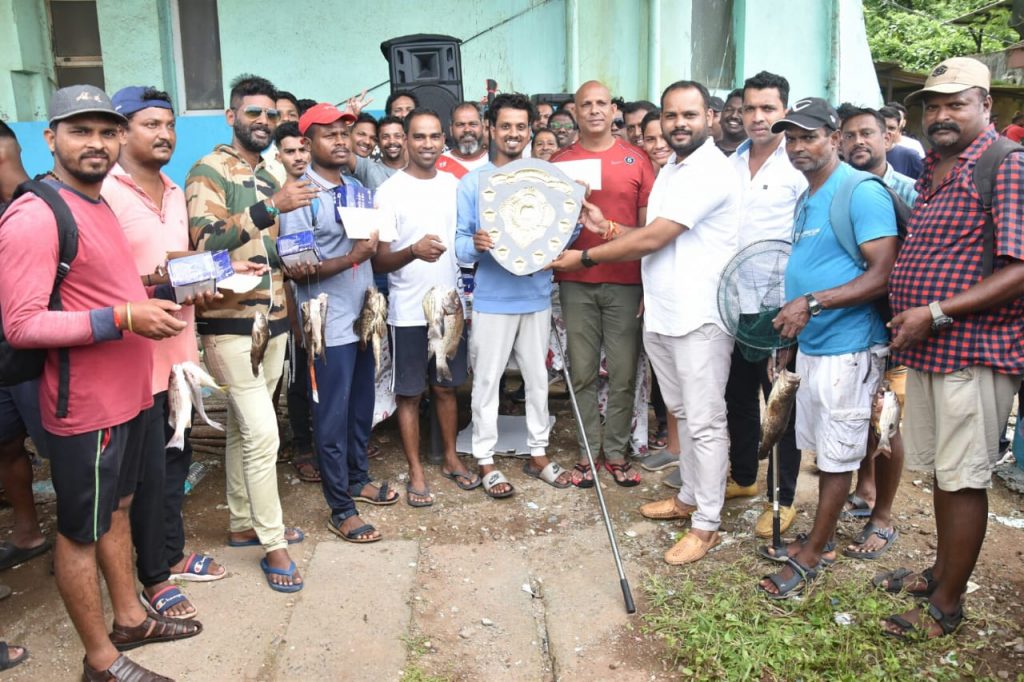 Goemkarponn desk
VASCO: As many as 54 anglers participated in the 5th All Goa Angling competition organised at Harbour by a social worker and Businessman Vishwas Shetye from Sada on the occasion of Independence day.
The event was held at Harbour near Customs House at Sada in Vasco and witnessed around 54 participants from across Goa. The event saw a huge crowd who had arrived to cheer the participants and buy the fresh fish caught by the participants
The area of Harbour is an Anglers paradise who usually get huge fish like Red Snapper, Rock Fish etc. and all the participants were given a time frame of three hours for angling using only a fishing rod. The prizes were given as per the weight of the catch of fish.
The first prize of Rs 5000 was won by Rajesh Kochrekar, the Second prize of Rs 3000 was won by Prakash Das, and the third prize of Rs 2000 was won by Krishna Mandrekar.
The Special cash prize was won by Nazir Shaikh for being the first person to catch fish in the competition.
The prizes were distributed at the hands of the chief guest for the competition, Municipal Councillor Prajay Mayekar.
Speaking to the media, organiser Vishwas Shetye said that the event was organised to encourage people to take up angling as a hobby
“In today’s stressed lives, it is essential for a person to have and maintain a hobby. I have grown up here seeing a lot of anglers, but the numbers have reduced over the years. We had initially started the competition on independence day for a few people, but with tremendous response and public demand, we have already reached the 5th edition with ever-growing participants from across Goa every passing year. ” said Shetye.