700 contractual Delhi, Jal Board employees, regularised by the Kejriwal Government in a historic first 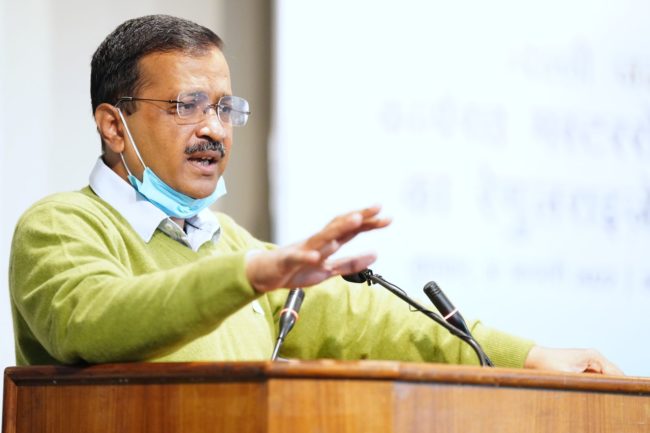 PANAJI: Going against nationwide trends of privatisation and decreasing permanent employees, the Kejriwal Government Today regularised 700 contractual staffers of the Delhi Jal Board. Chief Minister Shri Arvind Kejriwal personally administered the regularisation of the employees and even-handed certificates to them on occasion. The CM stated — This is a landmark step taken by the Delhi Government; this mass regularisation is the first in the country. Never, in the history of Delhi, has any past government regularised contractual workers on such a large scale. Praises of the step taken by the Delhi Government will echo all over India; other state governments will be compelled to follow in Delhi’s footsteps. Hope and pray that such regularisation takes place in every department of the Delhi Government; we have very limited power but pushing as much as we can. The entire country thought that governments are incapable of running schools and hospitals effectively. We have proved that if the government is strong-willed and honest, it can successfully run both schools and hospitals. The notion that once employees are regularised, they become lazy and complacent is a baseless hoax. All 700 regularised employees will work twice as hard now that they have a sense of security. We have busted the myth that regular employees do not deliver well on their duties; Delhi Government is a prime example of this feat.

In a historic first, 700 employees of the Delhi Jal Board were regularised in presence of Chief Minister Shri Arvind Kejriwal Today.
The move has been touted to be a landmark step in the direction of mass-regularisation of contractual workers. The newly regularised employees were handed over certificates confirming their employment by the CM at an event held at the Delhi Secretariat. Because of this move, a wave of elation and joy has taken over the Delhi Jal Board. After receiving the fruit of their hard labour, the employees were extremely emotional and wholeheartedly blessed the CM for recognising their efforts. Along with the Chief Minister, DJB CEO Shri Udit Prakash Rai and several high ranking officials of the government were present at the event.
This is the first time that such mass regularisation has taken place in the entire country: CM Arvind Kejriwal.
On the occasion Shri Arvind Kejriwal talked about how the Delhi Government was going against the nationwide trend of decreasing permanent employees and said, “Today is a very special day for all of us. Ever since the Aam Aadmi Party formed its government in Delhi back in 2015 – in these past seven years, we have made a lot of progress across all sectors be it education, healthcare, electricity, water, and many more. And our work is now being praised all over the world. I believe the step that we are going to take Today is going to be historic. I have been informed that never has any of the past Delhi Governments regularised contractual workers on such a large scale. This is the first time that such mass regularisation has taken place in the entire country. Our nation is headed in the opposite direction where the number of regular employees is decreasing, and the number of non-regular employees is increasing.”