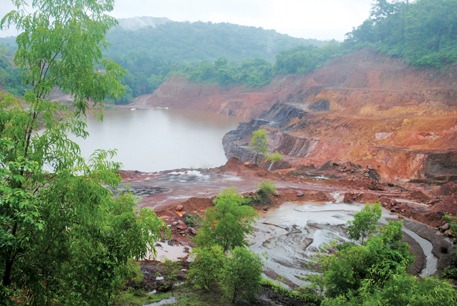 PANAJI: The Goa Government has constituted a 9 member committee comprising of departments such Forest, Panchayat, PWD, TCP, Environment, Archaeology, TCP etc to prepare a list of subsisting structures within the Eco- -sensitive Zone (ESZ) which may be suitably incorporated in Zonal Master Plan of respective ESZ area which is being prepared by Town & Country Planning Department.

The Committee will prepare a plan including tentative timeline for listing of subsisting structures and other relevant details within ESZS of all the Protected Areas in Goa including Wildlife Sanctuaries, National Park, Bird Sanctuary etc which may be suitably incorporated by TCP in the Zonal Master Plan of respective ESZ.

The Wildlife Conservation Strategy of 2002 recommends a buffer of 10 km around sanctuaries. The Supreme Court had upheld the policy and directed states and the Centre on several occasions to enforce the eco-sensitive zone (ESZ).

An office memorandum (OM) on August 8, 2019, published on the environment ministry website, said that projects outside the boundary of the notified ESZ of a sanctuary or national park but within 10 km radius of the park will not need prior clearance from the National Board for Wildlife (NBWL).

Such proposals will now get environmental clearance from the ministry’s expert appraisal committee (EAC), which will ensure “appropriate conservation measures in the form of recommendations will be made,” the memorandum said. It nullifies previous OMs dated February 27, 2007 and December 2, 2009, which made the NBWL’s approval mandatory for projects within a 10 km radius of the park.