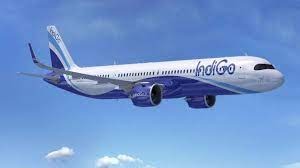 Goemkarponn desk
PANAJI: An IndiGo airline has started booking for its direct flight from Raipur to highly popular tourist destination Goa.
The new non-stop service, which is scheduled to start from January 7 has been added to the winter schedule of Swami Vivekananda Airport (SVA), Raipur.
The non-stop journey between the two cities will take 2 hours as per the new sector schedule released by the airline. The new flight, however, will originate from Indore and culminate in Kochi via Raipur and Goa.
“The onward flight arrives at Raipur at 1810 hour and takes-off from here at 1840 hours. The flight reaches 2040 hours in Goa. The flight then departs Goa at 2110 hours and lands in Kochi at 2230 hours,” Raipur Airport Director (APD) Praveen Kumar Jain told ‘The Hitavada’.
According to Jain, the private carrier IndiGo has launched two direct flights for its winter schedule including 6E813(Indore-Raipur) and 6E885( Indore-Raipur-Goa-Kochi), which will operate to and fro Raipur on daily basis. “This move will strengthen domestic connectivity and will make travelling easier on direct flights,” he added. Meanwhile, according to some private tour operators, the new flights will not only enhance capacity, but also provide more options to customers. “While Indore is India’s cleanest city, Raipur is an emerging destination of Chhattisgarh. Goa and Kochi are the most-preferred tourist hubs. The new flight has a lot to offer, not just in terms of places to visit, but also the culture and gastronomic experiences,” they added.
At present, 40 flights are operated daily from SVA to connect Raipur with all key destinations across the country wherein over 5500 passengers commute daily. Flights are operational from Raipur to Delhi, Mumbai, Kolkata, Chennai, Bangalore, Hyderabad, Ahmedabad, Prayagraj, Jagdalpur, Indore, Bhopal, Pune, Indore, Jagdalpur, Bhubaneswar and Kolkata respectively and now Goa will be another refreshing add-on to the list of destinations for the frequent flyers.