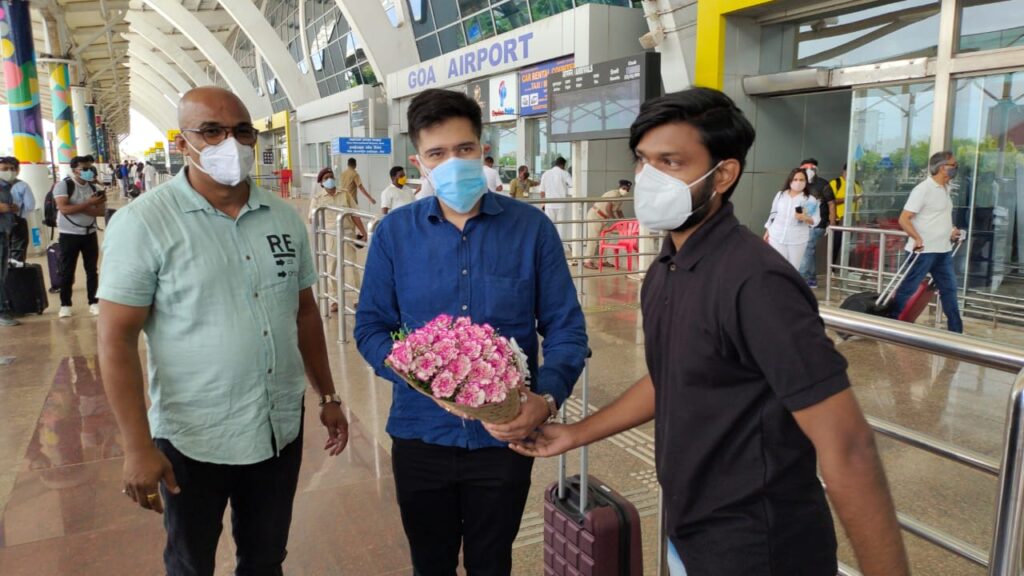 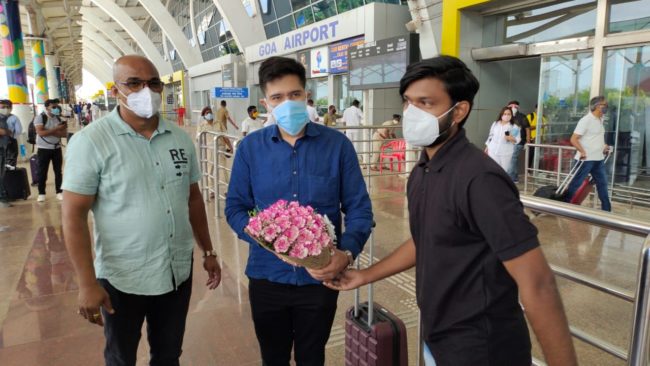 Goemkarponn desk
PANAJI: AAP leader and MLA Raghav Chaddha will hold a press conference in Goa. The AAP leader tweeted his arrival in Goa on 3rd July. He mentioned about defection of Congress MLAs to BJP and wrote “Goans are angry, they feel betrayed. Its time to clean Goan politics”.

A lot of prominent AAP Goa leaders retweeted Raghav’s tweet and echoed that it is time to clean Goan Politics.

It is expected that Raghav Chaddha is to launch a campaign which is to remind of the betrayal that shook Goan politics.