* Raw sewage is still being discharged into Sal via 6 locations, says Capt Venzy 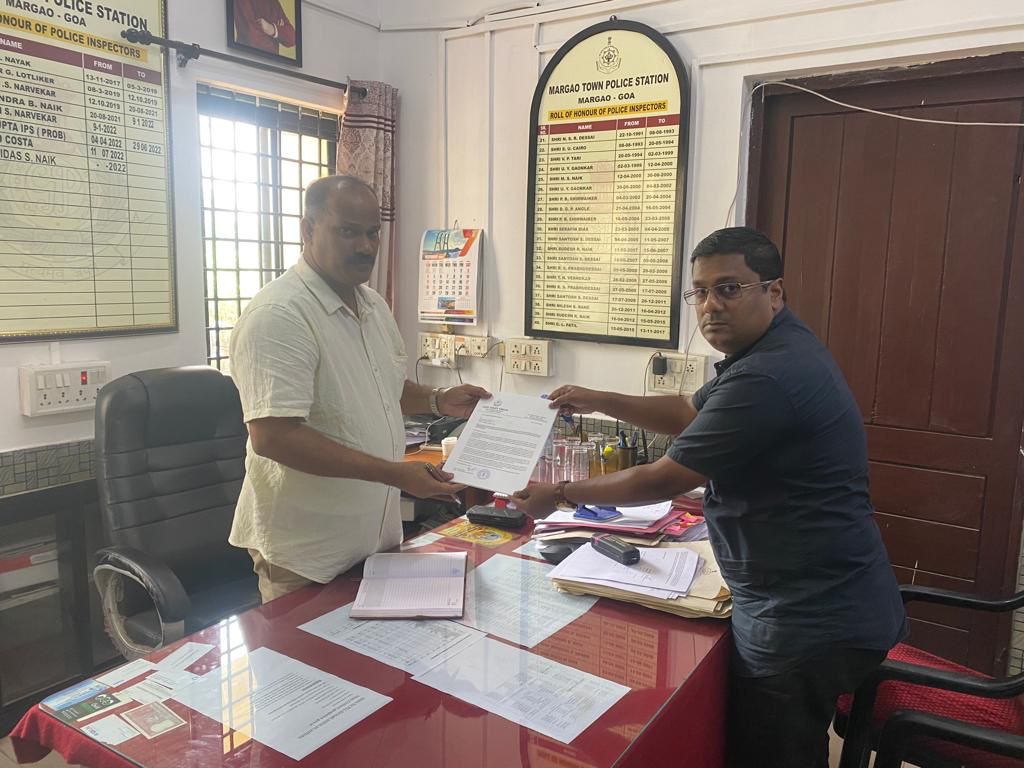 Goemkarponn desk
BENAULIM: Benaulim MLA Capt Venzy Viegas has filed a complaint with Margao Police, asking to register FIR.
Environment Minister Nilesh Cabral and Member Secretary Dr Sharmila Minteiro for intentionally allowing raw sewage discharge into River Sal.
“I have submitted to PI Margao asking to file an FIR under section 277 IPC on Environment Minister Nilesh Cabral & Member Secretary Dr Sharmila Minteiro for intentionally allowing raw sewage discharge into River Sal,” said Venzy.
He further said that there is photographic and video evidence to show that raw sewerage being discharged from the pipeline of the Sewerage Treatment Plant (STP) at Sirvodem, Navelim, Salcete, Goa, using the emergency overfill discharge line, which has an outlet to the nullah adjacent to the STP plant and leading to the River Sal.
“Member Secretary of GSPCB, Chairman and Managing Director of SIDCGL failed to ensure compliance of procedure for emergency discharge of raw sewerage due to which the River Sal is contaminated,” he added.
Capt said that there is an emergency discharge outlet in the design of the STP, and it has no operating valve to control the outlet. In an emergency, the sad fact is known to the subject, Member Secretary and Chairman and have not acted to ensure sufficient procedures to avoid misuse of this outlet, due to which the incident of raw sewerage discharge occurred.
“The sewerage is still being left into the River Sal via these 6 locations, which puts on record due to negligence of the subject personals, the intentional discharge of raw sewerage into River Sal is continued,” he added.
The AAP MLA said that the intentional discharging of raw sewerage into the water body due to negligence is a criminal offence under section 277 of the IPC and a violation of fundamental rights under article 21 of the Constitution of India and therefore you are requested to immediately and promptly file an FIR against the subject officials and all other offenders/culprits under the applicable laws.