AAP Youth wing submitted a memorandum to Goa secondary and higher education board, demands cancellation of exams in view of Pandemic 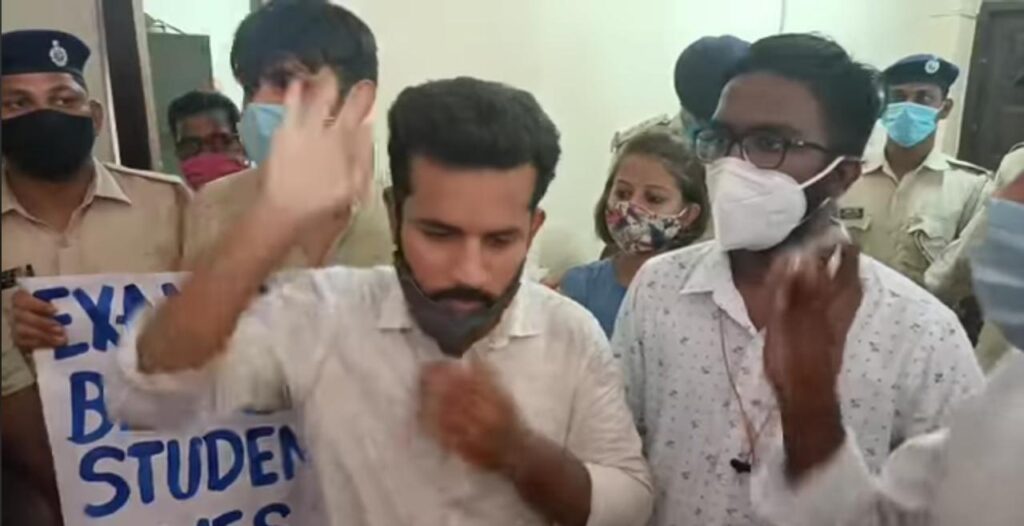 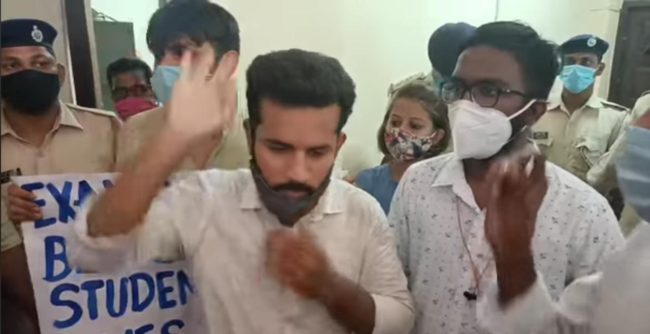 Panaji: In support of the student’s community of Goa, Aam Aadmi Party Goa had launched a phone number to get the feedback of students answering the board exams and their parents, regarding the issue of board examinations being conducted while COVID19 cases continue to surge steeply across the state. AAP said they had received thousands of responses from parents and students seeking postponement of the examinations particularly since the CBSE, CISCE has postponed their exams all over India and neighbouring Maharashtra too has postponed their exams.
The Youth Wing of Aam Aadmi Party today led agitating students in their demand to have the SSC and HSSC examinations deferred as done by the other States.
This morning students led by Youth Wing leaders of AAP Nikhil Haldankar and Ritesh Shennai visited the Goa Board of Secondary and Higher Secondary Education to present him a memorandum. AAP leader Cecile Rodrigues was also present.
However, the chairman Bhagirath Shetye was not present in the office and when the students called up the designated number for an appointment it was not answered as there was nobody attending to that phone which was in the next room. The students then submitted their memorandum to the office of the Chairman and decided to call on the Chief Minister and hence moved to the chief minister’s residence.
The students were arrested while going to the chief minister’s residence and taken from Panjim to Pernem police station where they were kept till 3:30 pm without being given even water leave alone food.
Ritesh Shenai was agitated over the fact that the Goa Board was asking only two students to enter the chairman’s office due to covid and sought to know how the board could allow hundreds of students to answer their exams off line in one school premises.
Nikhil Haldankar wondered what will be the fate of a student who contracts the virus while answering his or her exams and how would he or she answers the remaining papers. “The authorities will be held responsible if any student gets the virus.
In the memorandum that was submitted to the chairman’s office AAP youth Wing demanded that the Goa Board of Secondary and Higher Secondary Education also postpone the examinations as is happening all over the country.
AAP Goa Convener Rahul Mhambre visited and met the arrested students at Pernem police station and secured their release. Ultimately the students were released at 3:30 pm due to the intervention of AAP Goa convener Rahul Mhambre.