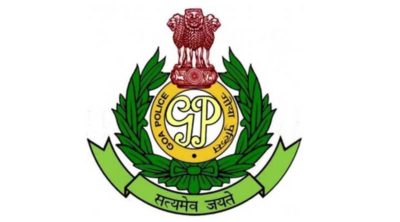 As per information, the police eceived phone call from Owner of rented room, Ajay s/o Dasharath Arolkar r/o H. No. 90/1,Fuldem vado Nagoa Bardez Goa, informing that room door of his tenant is locked from outside explained of the foul smell.

Accordingly Anjuna PS team headed by PI Suraj H. Gawas visited the spot and after enquiry broke opened the lock of the door and entered inside to find a dead body of female, Anasuya d/o Parasappa Lamani age: 26 years, R/o in decomposed state and the the head of the victim was seen smashed with the help of cricket bat.

During investigation it was also revealed that victim girl was staying with her younger brother Shekhappa S/o Parasappa Lamani Age:20 years, who was also not seen since Wednesday evening.

Further the complaint was lodged by the elder brother of victim girl, who was staying at Baga and based on the said complaint an FIR No. 71/2021 u/s 302 IPC stands registered.

Team headed by PSI Amir Taral of Anjuna PS was immediately deputed to Gadag Karnataka to trace the accused. And with the help of Gadag Rural Police accused Shekhappa S/o Parasappa Lamani was arrested