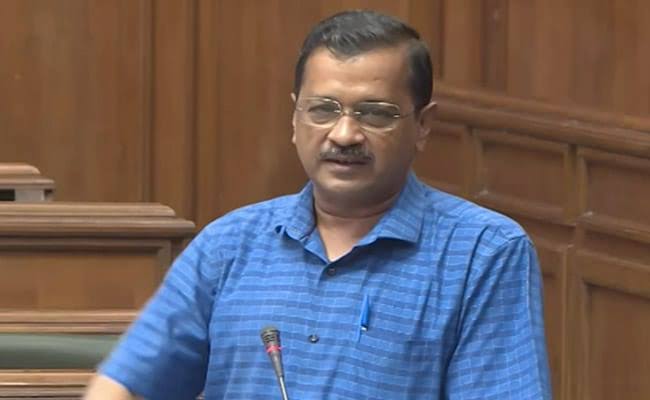 Arvind Kejriwal today called the BJP a “serial killer of governments” and said he wanted to face a trust vote just to prove that not a single Aam Aadmi Party (AAP) MLA had defected. The AAP government will bring a confidence motion in the Delhi Assembly on Monday.

“I want to bring a confidence motion to show that the BJP has not been able to break away a single MLA,” Arvind Kejriwal said, addressing a special session of the Delhi assembly.

“Their Operation Lotus has become Operation Keechad (mud) in Delhi,” he said.

AAP called the session to discuss what it alleges is the BJP’s “Operation Lotus” in Delhi to topple the Arvind Kejriwal government and the investigations targeting its leaders like Deputy Chief Minister Manish Sisodia, who has been charged over allegations of corruption in the Delhi liquor policy.

AAP alleges that the BJP is trying to break away 40 of its MLAs and that it has offered ₹ 20 crore to each.

“The BJP has dismantled several governments and now they have turned toward Delhi. There is a serial killer of governments in our country. The pattern is the same,” Mr Kejriwal said.

Mr Kejriwal questioned how the BJP had the money to buy MLAs.

Comments “All the money coming from costly oil, fuel, basic necessities is being used for buying MLAs. All this money from GST (Goods and Services Tax) and inflation is being spent for two things – buying MLAs and to write off loans of billionaire friends of the government,” said the AAP chief.