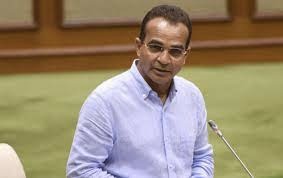 PANAJI: Chief Minister Dr Pramod Sawant said that the BJP decided to give the Panaji candidature to sitting MLA Atanasio Monserrate because of his winnability factor.
“BJP decided to give away the Panaji candidature to sitting MLA Atanasio Monserrate because of his winnability factor, and if Utpal Parrikar was really a BJP worker, he should have accepted the alternative seats that the party offered him,” said CM Sawant.
He further said that Utpal was given the offer from three different seats to contest the election, but he was asking only for the Panaji seat.
““So if we are continuing with Monserrate and we are asking Utpal Parrikar to contest from another seat, and if he is a leader, a karyakarta of the BJP, then he should contest from the other seats”, he added.
CM Sawant said that BJP will win the Sankhali constituency with a big margin and be elected from here again.
“The workers and I are confident. We are coming back to power in Goa in 2022 with 22 plus seats,” he said.
Further speaking on the upcoming Goa elections, CM Pramod Sawant said that the Bharatiya Janata Party (BJP) is all the 40 seats in the state and will again rise to power in 2022, winning 22+ seats.
He also cleared the air over forming an alliance with any party and said that his party would contest all the seats.
The 14 February elections will be the first assembly polls that the BJP will contest in Goa since former Union defence minister Parrikar’s death in 2019 and his son Utpal Parrikar had requested to be allowed to contest from Panaji.