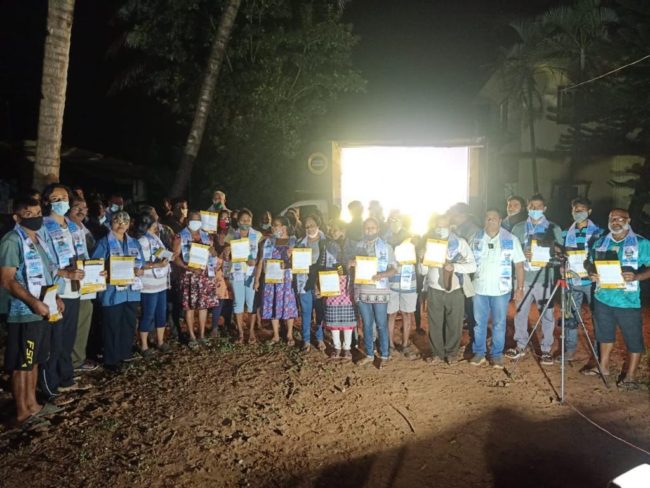 Panaji:Aam Aadmi Party’s “Veej Andolan” held at Bondo in Benaulim was a grand success as a large number of people present joined the party.

“In Goa too people consuming upto 200 units will not get any bill while those consuming 201 to 400 units per month will get 50 per cent rebate,” he said adding that these will be implemented within 48 hours of coming to power.

Roque Mascarenhas told the crowd how AAP government in Delhi helped taxi and rickshaw drivers by not only giving them free rations but also depositing Rs. 5000 in their account.

“The AAP government in Delhi increased the pension paid to senior citizens during the pandemic while in Goa people have not got their dole for six months now,” he said.

AAP Benaulim co-ordinator Capt Venzy Viegas lambasted local MLA Churchill Alemao for indulging in revenge and hatred based politics, which he pointed out was creating divisions amongst the people

“The same person has been the MLA for nearly 35 years and there has been no description absolutely except for infrastructure where he gets some incentive,” he said.

He also pointed out that only when AAP promised a mohalla clinic in Benaulim that Churchill after so many years set up a health clinic in the village.

Many of the people present for the program later joined AAP.