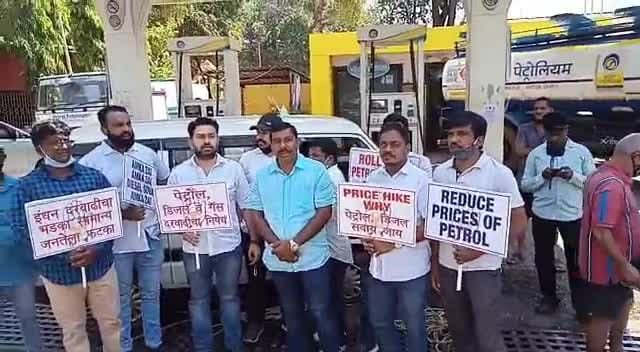 BICHOLIM: The Bicholim Youth congress today staged a protest and a corner meeting in Bicholim denouncing the petrol price hike in the state.

Speaking on the occasion the Bicholim youth president, Manoj Naik accused the BJP of doing hike in prices of the petrol and diesel.

“BJP has hiked the prices of petrol to and has made the life of the people miserable even in this situation of pandemic” Naik told.

“This is not the government of common men. We demand that they should roll back the hike in petrol and diesel price.” Raut told.

They also shouted slogans against the government demanding roll back.