Big boost for BJP in Fatorda 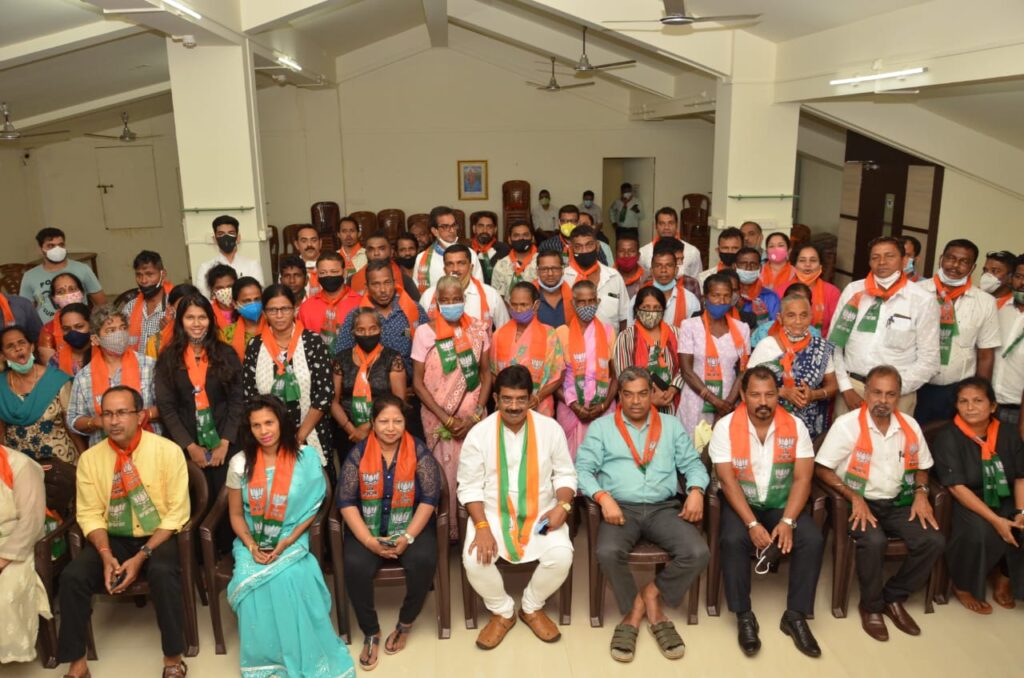 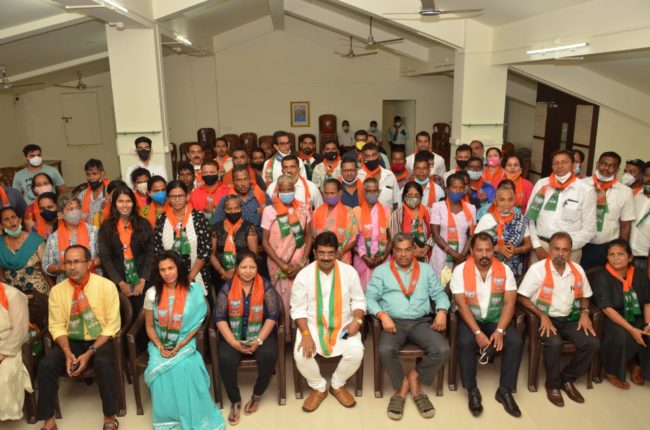 Goemakrponn desk
FATORDA: The Congress party has suffered its first casualty amidst pre-poll alliance talks with Goa Forward Party (GFP).
The Opposition has been left red-faced as Fatorda Congress Block President Piedade Noronha, Former Congress Party Convenor Joseph D’Silva, Ex-Councillor Librament Barretto and Social Worker Adv Millie Andrade have formally joined BJP, expressing faith in the party under the leadership of Chief Minister Pramod Sawant.
BJP President Shri Sadanand Shet Tanavade in Fatorda Ex MLA Shri Damu Naik welcomed them in the party fold at a function held at BJP South Goa District office, Margao, on Tuesday.
The newcomer Piedade Noronha said that he has been active in Congress for the last many years, but time and again, party leaders neglected Fatorda.
“Even in the previous elections, the party high command at last movement gave us B form. We didn’t even get the chance to work properly. Because of week leadership in Congress, we took this decision. We are attracted to the development carried out by Chief Minister Dr Pramod Sawant,” he said.
Damu Naik said this is a major political development in Goa as president of Congress and Congress candidate for the last election Joseph Silva today joined BJP.
Damu praised Piedade and Silva as both are grassroots workers.
“Both always kept in touch with the voters; this is definitely a boost for the BJP in Fatorda. Both are actively working for the development of Scheduled Tribe community in Fatorda,” he said.
BJP State President Sadanand Shet Tanawade said that this is the new beginning of BJP in Fatorda.
“A big day for BJP as many leaders from ST community are joining the party. People now understand that only BJP can provide good governance and overall development of the nation,” he said.