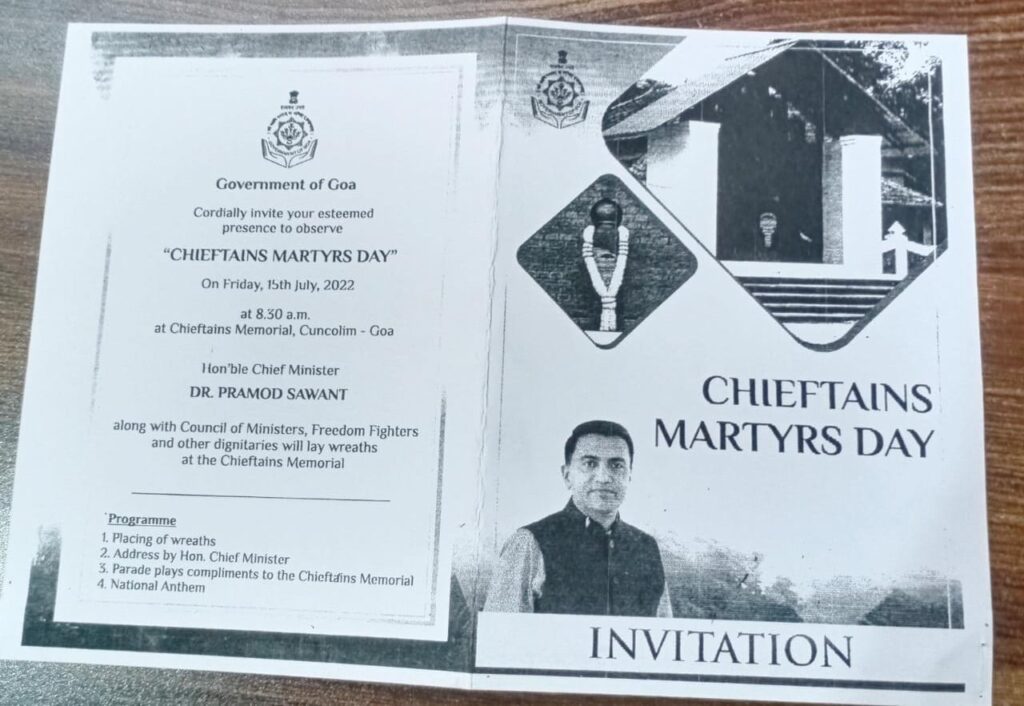 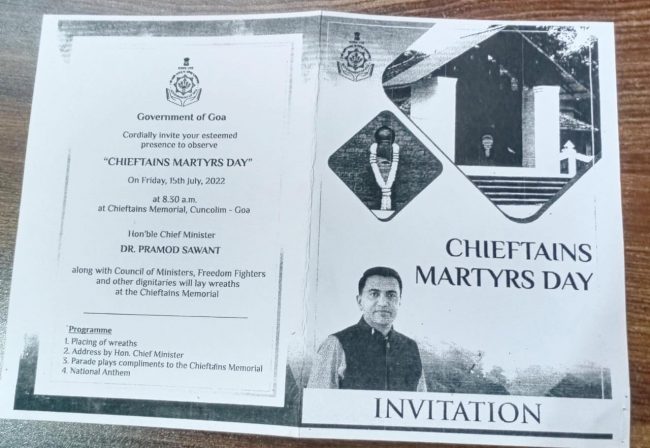 Goemkarponn desk
MARGAO: BJP Government headed by Chief Minister Dr. Pramod Sawant has put Goa to shame by distributing Photocopied Invitations and has insulted the Cuncollkars by not mentioning MLAs in the said invitation card, charged Cuncolim MLA Yuri Alemao
“It is most unfortunate that the BJP Government headed by Chief Minister Dr Pramod Sawant which talks of Nationalism & Patriotism has no money to print proper Invitations and has no courtesy to mention MLA’s & Chairperson in the Invitation Card of the Anniversary Function of the Cuncolim Revolt by the Chieftains of Cuncolim,” stated Cuncolim MLA Yuri Alemao.
He said he has received an Invitation in a “Photocopy” format of the Official Function organised by the Government of Goa on 15th July 2022 to mark the Anniversary of the Cuncolim Revolt.
“The Invitation has a mention of Chief Minister, Council of Ministers but no mention of MLA’s & Chairperson of Cuncolim informed Yuri Alemao. Incidentally, this year’s function is after the Government declared the date as National War Memorial Day for Goa. This exposes the fake Nationalism & Patriotism of the BJP Government,” stated Yuri Alemao.
BJP Government spent almost 6 crores on 18-minute Swearing-in Ceremony, which turned out to be 33.33 Lakhs per minute. Unfortunately, the same Government has no money to print proper invitations of the National War Memorial Day event, said Yuri Alemao.
“I had tabled a Starred LAQ on Home Department seeking details of Notified Places of Historical Importance in Goa. The said question was listed against my name, but the question disappeared on the day of its tabling. I have a reply from Archaeology Department which states that 51 Shrines are notified as Protected Sites in Goa. Incidentally, the list of odes does not include the Historic Lohia Maidan, Azad Maidan, Martyrs Memorial at Assolna & Patradevi, and other memorials,” informed Yuri Alemao.
If the Archaeology Department has not notified these Historic Places, then the Government must act and notify the same. I raised the issue in the Assembly while speaking on the Demands of the Home Department, but the Chief Minister did not reply. People of Goa should know the true face and real agenda of the BJP Government, which has no respect for the freedom struggle and freedom fighters, stated Yuri Alemao.