BJP hoists its flag on PMC 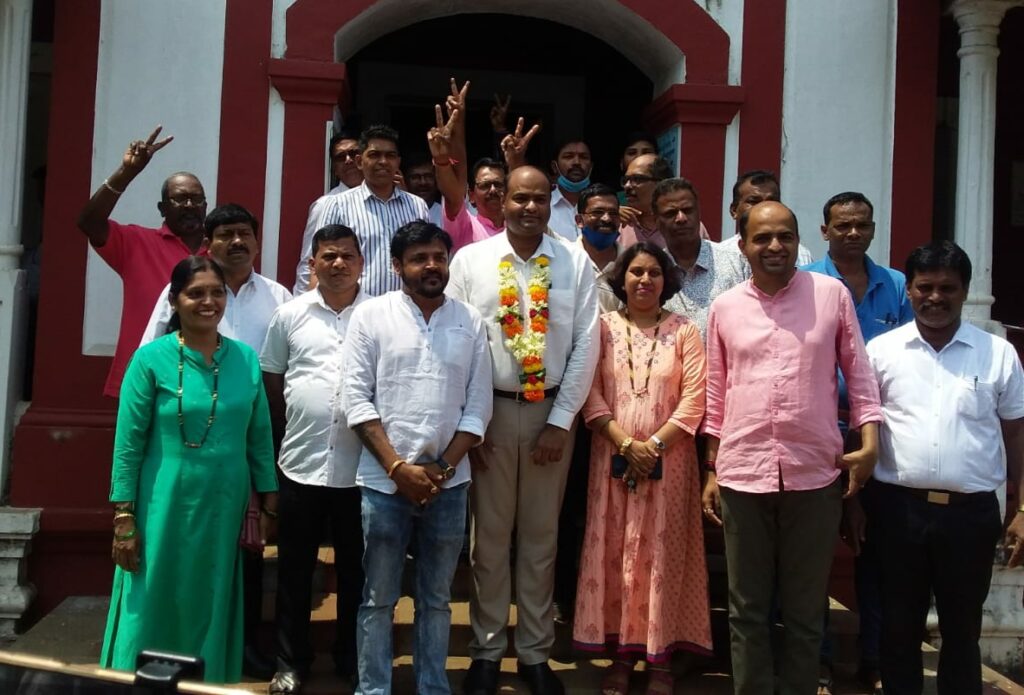 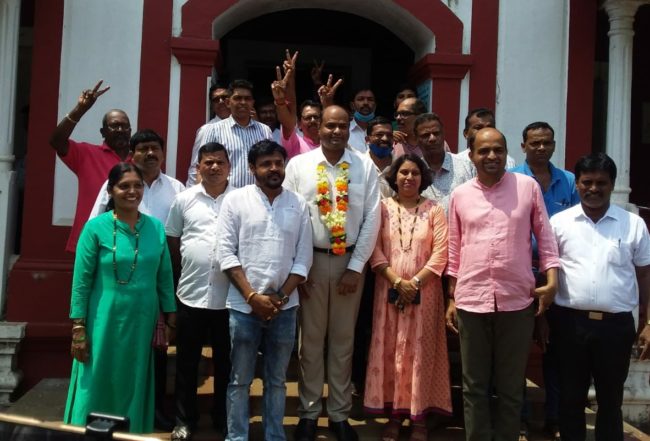 PONDA: Finally, two years after his joining, BJP backed Ritesh Ravi Naik, son of Ponda MLA Ravi Naik, was elected unopposed as Ponda Municipal Council (PMC) Chairperson, while Archana Dangui was elected as Vice-chairperson.
Ritesh Naik said he would work for development of all wards of PMC with support of Chief Minister Pramod Sawant and Ponda MLA Ravi Naik.
After passing a no-confidence motion against MGP backed Chairperson Geetali Talavalikar and Deputy Jaya Sawant, the posts fell vacant.
It may be recalled that three Congress backed councillors, Ritesh Ravi Naik, Anand Naik and William Aguiar, had joined BJP in the year 2020.
Ravi Naik was Congress MLA at that time speculations were that Ritesh would be rewarded for joining BJP by giving the Chairperson post of PMC and assembly ticket either from Marcaim or Ponda.
However, nothing of that sort happened. Ritesh had tried to contest the Chairperson post in the year 2021, and being the son of former CM, all eyes were on him. However, he could not succeed as some councillors from his own party did not support him and posed a hurdle due to which he defeated the election.
Thereafter situation changed in 2022. Ravi Naik resigned from Congress, joined BJP, and won the Ponda seat for BJP after a long time. After his becoming minister, all hurdles Ritesh were cleared.
Recently MGP, the backed Chairperson and Vice-Chairperson were removed, following which elections were held today, and Ritesh became Chairperson of PMC.
It may be recalled that after the PMC elections in 2018, it was ruled by MGP backed Chairperson Pradeep Naik for one year; later, BJP backed Venkatesh Naik for another year, later again BJP backed Vishwanath Dalvi, thereafter Shantaram Colvekar, later MGP backed Geetali Talavalikar for just three months, and after her removal recently, BJP supported Ritesh Naik became Chairperson.