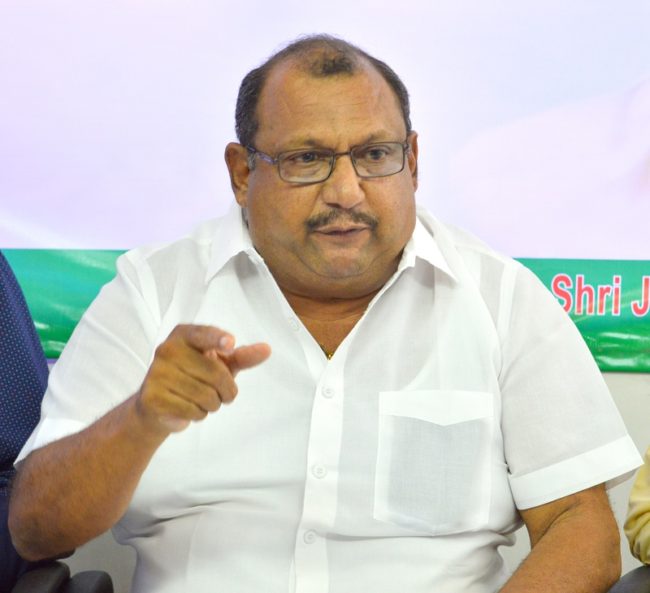 PANAJI: Alleging that the peaker Goa Legislative Assembly Mr. Rajesh Patnekar is habitual of misguiding people and media over disqualification petition pending before him, Trajano D’Mello has questioned him what stops him from disposing the matter when there is ruling of Apex court to dispose such cases within three months.

Patnekar, replying to media’s question over his role over disposing disqualification petition, had said that he was not in a position to decide on it as a petition in that regards is also pending before the Supreme Court.

“As speaker has failed to dispose the matter, we have prayed before Apex Court to direct the Speaker to decide on the matter. Is he at least aware about his constitutional powers.” D’Mello questioned.

“It is very much clear, as of now, that BJP is using defection as political device to remain and usurp the power. This has spoiled the social and political milieu, not only of Goa but across all states where this device is used.” He said.

“Earlier the Speaker had given reason of Covid-19 pandemic in Goa and lockdown which came into force in March 2020, however we had filed the petition in July 2019.” D’Mello pointed out.

He said that the statement by Speaker on the eve of Republic Day is a mockery of the sacred Constitution.

“At least, the Speaker should have restrained himself from exposing his ignorance of his Constitutional powers.” He said.

He said that the Supreme Court, in the petition before it, has not at any stage passed an order restraining the Speaker from adjudicating and deciding on the disqualification petition before him. In fact one of the prayers among other prayers is ” to direct the Speaker to decide on the matter”.

“The Speaker with such a statement has insulted the intelligence of the members of the August House.” He said.