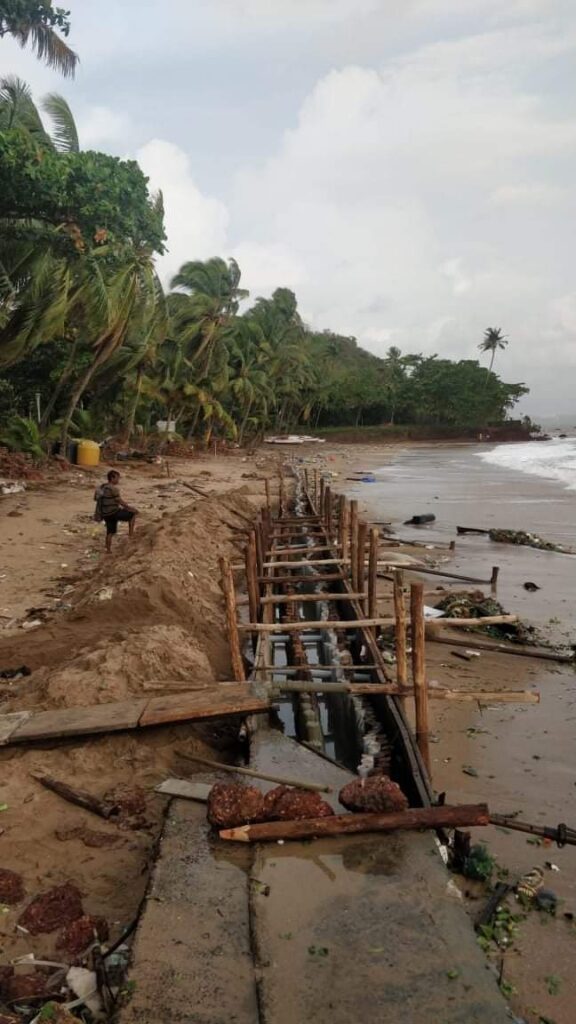 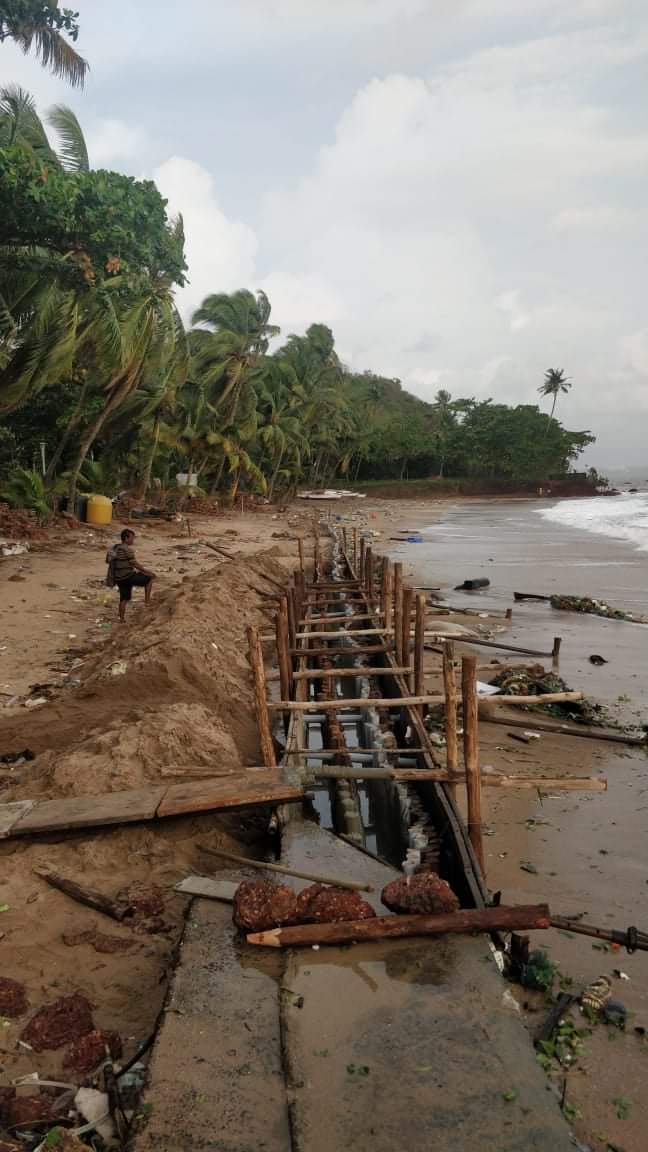 DONA PAULA: The social media is abuzz off late with photographs of concrete retaining wall on the Bainguinim beach.

Several people, including the local residents in the banner of Vaiguinim Valley Residents Association have lodged complaints against the said wall on the beach, which they say is against the CRZ rules.

After the complaints and subsequent GCZMA, it is learnt, that the owners went to the district court and got stay on GCZMA order and continued the work.

The residents of Vaiguininm valley thereafter move High Court, wher again a stay on work was not granted, sources revealed.

Inquiries with Government officials revealed that the permission for bio-fencing on the beach was granted way back in 2017.

“However, as per CRZ rules the concrete retaining wall cannot be allowed,” the officials said on condition of anonymity.

He agreed that it is the private property of the hotel till the concretisation is carried out but permission as only for bio-fencing.

GCZMA chairman Kunal, IAS, said that the authority has issued a show cause notice to the owners.

“We are examining the court order and actual development on the ebach. Thw authority will take suitable action in the case if any violations are found,” said Kunal, speaking to Goemkarponn.

Meanwhile, Goa Foundation has expressed shock at the whole incident.

“Cyclone Tauktae damaged several beaches in Goa a few days ago. However, the destruction of Bainguinim beach off Dona Paula is the result of the conscious activity of human vandals. Don’t blame the cyclone for that,” the Goa Foundation said.

It said that the Goa Foundation successfully fought for the rights of the public to visit the Bainguinim beach several decades ago against attempts made by the Cidade de Goa resort (owned by the Fomentos) to privatize the beach. The case went up to the Supreme Court. The top court guaranteed public access, while the high court in a separate judgement also upheld a second tarred access on the northern side. Over the years it appears the tarred access has been illegally shut down by the hotel, while the Supreme Court’s guaranteed access still stands though the resort has attempted on several occasions to divert the public through misleading signboards to access the beach alongside a stinky nallah.

“Some while ago, the media reported that the Taj Group of Hotels had taken over the Cidade de Goa. A few weeks ago, illegal activity commenced on the very sandy beach itself. The ostensible purpose is to build an embankment that will stretch the private property of the hotel upto ten minutes closer to the sea, with a length of 350 metres across. All hell broke loose. However, Fomento’s went to the District Court to seek a stay against any interference by local communities and associations. Surprisingly, the District Court granted the stay without hearing the residents and allowed the resort to continue with its activity that was seriously damaging the beach. Four days of arguments on the confirmation of the stay resulted in the judge recusing himself from hearing the matter. But the restraint order he passed has remained,” Goa Foundation said.

Further, it says the objectors moved the High Court with a petition. The Court apparently went by the AG’s statement that action was being taken on the basis of a GCZMA site visit report (by two experts) that the activity of tampering with the beach was in direct violation of CRZ norms. Surprisingly, the High Court too did not stop the continuing destruction of the public beach though the petitioners pleaded for this. “The GCZMA, on the basis of the report of its two members, issued a meek “show cause” notice even while its members had demanded a stop work order. All this has been happening while Goa is under Covid pandemic curfew,” The Goa Foundation says.

It says the social media is filled with photographs and video reports of what is happening at the beach, day and night. At site, the work continues without any fear of interference.

:The Taj Group of Hotels — which is now a collaborator with the Fomento’s — has obvious knowledge of what the Fomento’s are up to. If it has any interest in the natural environment of Goa whose beauty it has exploited for its tourism profits for decades, why has it not told the Fomento’s that what the latter is doing is unacceptable conduct? Why has it not approached the High Court? Why must it be the duty of ordinary citizens every time to protest such barbarities? The answer, it appears, is gone with Tauktae,” it asks.