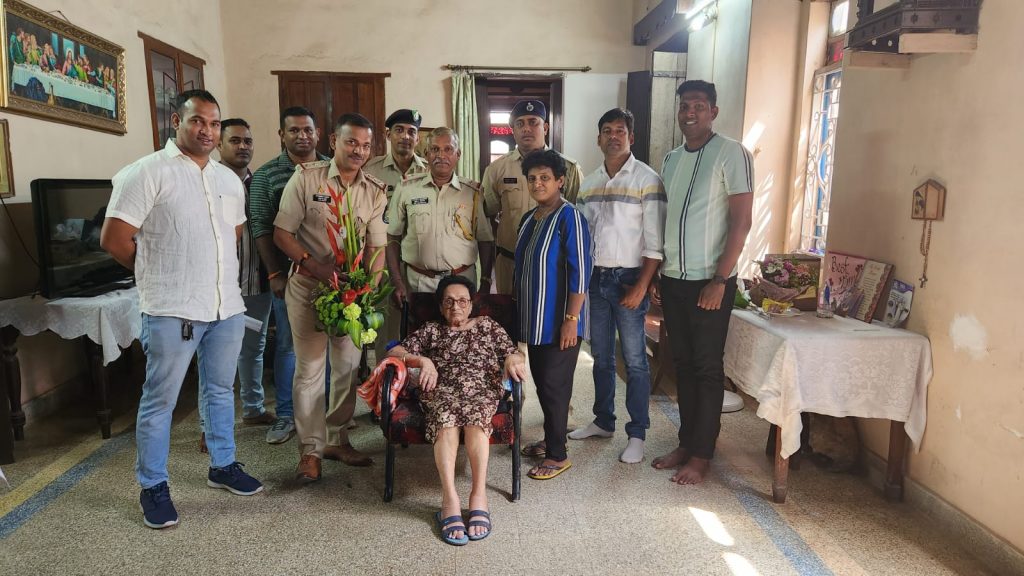 CALANGUTE: Incharge of Calangute Police Satation Dattaguru Sawant along with the staff visited at the residence of Matilda D’Souza who celebrated her 111th birthday on 25 October 1911 at Calangute, Goa,

On her 111th birthday, D’Souza was visited by local MLA Michael lobo and members of Village Panchayat and other individuals. She became the oldest known living person in Goa, following the death of 112-year-old Lourdina Conceicao Lobo on 3 November 2021.

Matilda D’Souza currently lives in Calangute, Goa, India, at the claimed age of 111 years, 1 days. She is among the oldest living people in India.

She gave a message to Police mentioning “I wish you all the best ..wish u all grow looking after the people and doing all the good things for them ”

Calangute Police Station incharge assured her that they will try and keep her message in mind .

Police visited residence of Matilda Dsouza as a part of approching senior citizens to assure them that they are with them in any eventuality..