Can sense the feel of people for change in Panaji: Utpal 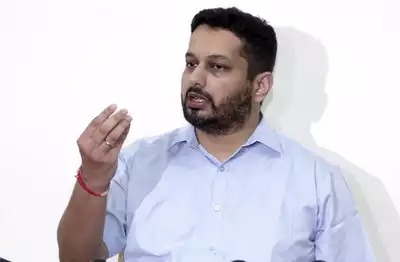 Goemkarponn desk
PANAJI: Independent candidate from Panaji Utpal Parrikar today said that he can sense the feel of people for change.
Utpal, son of former Goa CM and BJP stalwart late Manohar Parrikar, is busy in his door to door campaign in the constituency.
Speaking to media persons, Utpal said that the people of Panaji are looking for a change, and he is hopeful that the change would be he.
“I can sense that people here are looking for a change. I am confident that they will see that change in me. I am confident of my victory,” he said.
Utpal said that he will soon release his manifesto detailing our plans for the constituency.
Utpal is contesting independent after BJP denied him a ticket.BJP has fielded sitting MLA Atanasio Monserrate.
On being asked about promises made by BJP to him before he left the party, Parrikar said, “BJP keeps saying they had given me new assurances. I do not want to say something to them. People of Panaji will support me.”
“There are many issues. I will be releasing my manifesto in 1-2 days. We have to improve roads drainage systems and properly execute funds in infrastructure projects. If we do this, the economy of Panjim will be rejuvenated,” said Parrikar.
Parrikar resigned from Bharatiya Janata Party when denied a ticket from the state capital and filed his candidature as an independent candidate from the Panaji assembly seat.