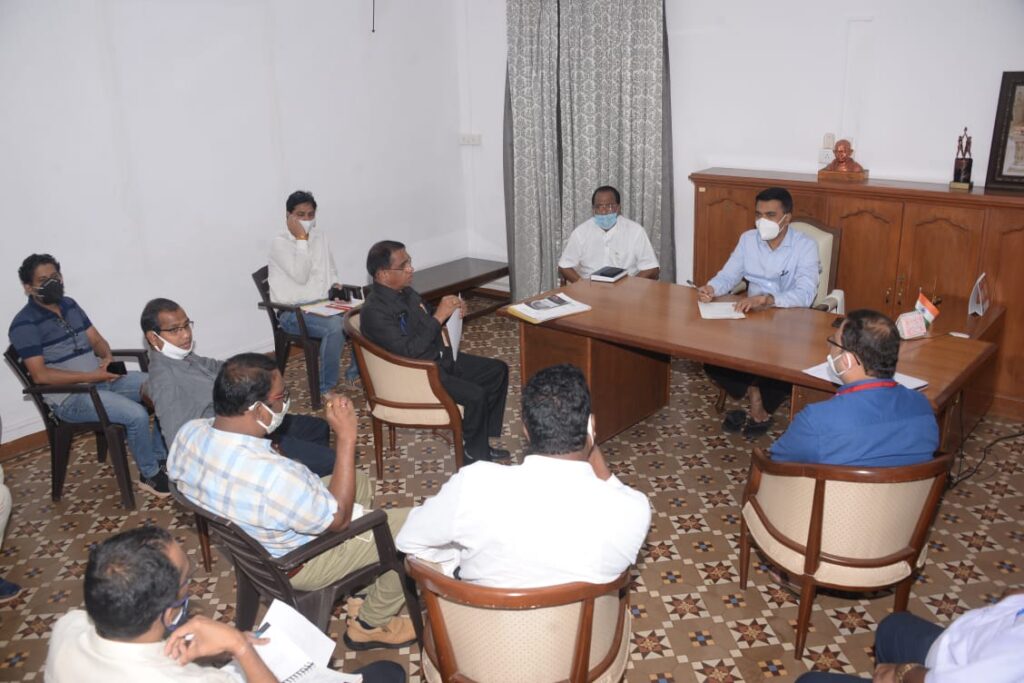 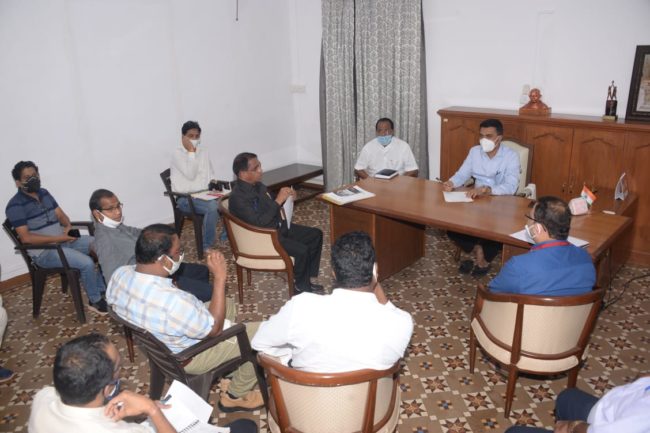 Goemkarponn desk
CANACONA: Local officials of Jio, a mobile network company, visited Canacona to inspect sites for erecting mobile towers; before visiting the sites, they met with local MLA and Deputy Speaker Isidore Fernandes office at Chaudi on Tuesday.
Just within a week after the local MLA and Deputy Speaker Isidore Fernandes had a meeting with Chief Minister Dr. Pramod Sawant and the local Jio mobile officials regarding poor mobile network in Canacona, six of the Jio officials visited Canacona taluka and inspected the sites where they can erect mobile towers, they met Fernandes in his office at Chaudi who briefed them on where there is no mobile connectivity at present.
The Jio officials later visited Khotigao and met Daya Gaonkar, sarpanch of the village, local villagers were also present in large numbers.
Gaonkar after explaining the plight of his villagers, showed the now-defunct mobile tower belonging to Reliance in the village and requested them to use this tower to install the required equipment before radiating the tower.
Later in the evening same officials visited Loliem-Polem village panchayat and took stock of the proposals to install mobile towers in the village’s jurisdiction.
Sources informed Goemkarponn that Jio, the leading service provider in Goa and in Canacona, has about 800 radiating (working) towers in the state. At the same time, there are 20 radiating towers in Canacona.
Most of the towers in the taluka are beside the National Highway, while some are in the interior places and due to the hilly topography of the taluka, these towers are not sufficient to cover the entire taluka.
Sources informed that the Jio company intends to add another 12 to 15 towers in Canacona so that most of the about ten thousand households get seamless mobile connectivity.
Canacona MLA speaking to Goemkarponn informed that it is his vision to see that each part of Canacona is covered with mobile connectivity.
After the Covid-19 pandemic hit the world by surprise, not only calling but the internet is also an essential service. We have to see that erecting the required towers is done at a fast pace and far-off villages of Canacona get uninterrupted services Fernandes said.
“At some places, the work to erect mobile tower is already is in progress while at some places it is held up due to litigations and objections, I will personally involve myself to see that the issues get sorted out” Fernandes added.
“Shortly Khotigao will have one tower, Loliem-Polem will have 4, Poinguinim will have 3, Agonda will have 2, Palolem and Patnem will have one each, informed Fernandes.
Once all the towers get radiated, the entire coastline from Khola to Polem as well as interior villages of Canacona will get excellent and reliable mobile and internet connectivity informed Fernandes.