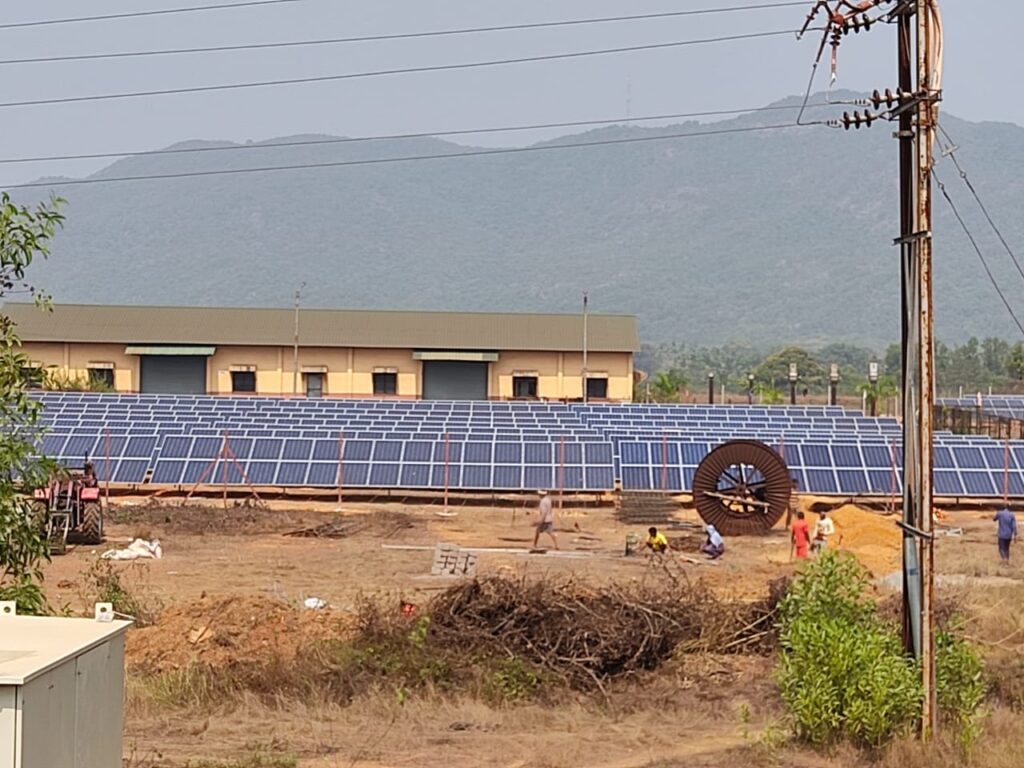 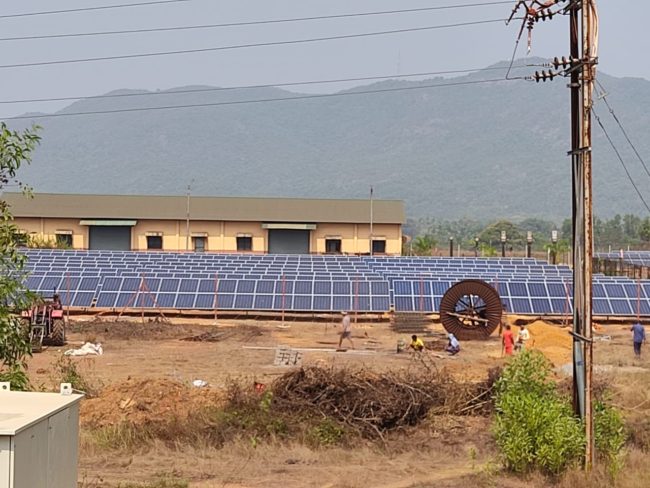 A part of the statewide joint effort between Department of New & Renewable Energy (DNRE), Govt. of Goa and CESL, newly established wholly owned subsidiary of EESL. The project will provide farmers day-time high-quality uninterrupted and cleanly generated power, replacement of in-efficient agriculture pumps and LEDs to rural households.
Convergence Energy Services Limited (CESL), a newly established wholly owned subsidiary of EESL, which itself is a joint venture of four PSUs, and Department of New and Renewable Energy (DNRE) Goa has commissioned a 1 MW decentralized solar project at Goa.
The project is India’s first Convergence project in the State of Goa. Thus, Goa has become the first ever Indian state to adopt and implement the Convergence Project. This has also marked the beginning of fresh green revolution in the country thereby reforming the agriculture sector.
The commissioned project is the brainchild of Honorable Minister Shri Nilesh Cabral. The project was inaugurated by the Honorable Minster last year on the Liberation Day of Goa, 19 December 2020. The project has finally commissioned and handed over to the people of Goa on Republic Day, 26 January 2021. With the commissioning of this project, Goa has also initiated on the path of self-reliance as nearly all of Goa’s current power requirement is met by electricity imports from other states.
As a part of the initiative, the DISCOM’s agri-feeders are being transformed into solar agri-feeders. The project is set up on the DISCOM’s land near to the substation. The project also includes the replacement of in-efficient agriculture pump sets and distribution of LEDs to rural households.
The first ever Convergence project commissioned is a part of the MoU signed between CESL and DNRE Goa last year on 17 November 2020. Under the MoU, CESL carry-out the feasibility studies and subsequent implementation of decentralized solar energy projects. CESL shall implement the solar energy projects, establishment of 100 MW of decentralized ground mounted Solar Power projects on government lands to be used for agricultural pumping, replace approximately 6,300 agricultural pumps with BEE star rated energy efficient pumps and distribute approximately 16 Lakh LED bulbs for rural domestic households.
As a part of an MoU with DNRE, CESL installs, finances, operates, and maintains decentralized power plants (0.5 MW- 10 MW) in the open spaces around DISCOM’s sub-stations. DISCOM provides rented space, distributes of power generated, and undertakes metering, among other key services.
The project under the MoU will accrue savings of INR 2,574 crores to the State over the period of 25 years, while improving the health of DISCOMs and providing cleaner power. This project will provide clean day time electricity to farmers as well as energy efficient pump sets which would reduce the power consumption as well as T&D losses associated with transmitting power to agriculture and rural feeder networks. The projects will accelerate the usage of renewable energy sources, especially for agricultural and rural power consumption in the State. The projects will also contribute in reduction of peak energy demand through deployment of energy efficient pumping and lighting thus contributing to overall sustainability.
Through its convergence initiative, CESL seeks to connect seemingly independent sectors like Solar Energy, Energy Storage and LED lights to provide solutions, which can enable in decarbonisation and affordable energy access. Under this programme, CESL is offering convergent interventions, which solve multiple gap areas in the energy ecosystem. It is currently providing solutions such as solarised agriculture feeders, LED street lights in local villages and battery energy storage system. CESL is also leveraging the carbon financing mechanism to rapidly strengthen rural infrastructure in a clean and sustainable manner, to create a resilient and sustainable rural community in India. Its climate financing interventions currently include Gram UJALA, Decentralised Solar and Gram Panchayat Street Lights programmes.