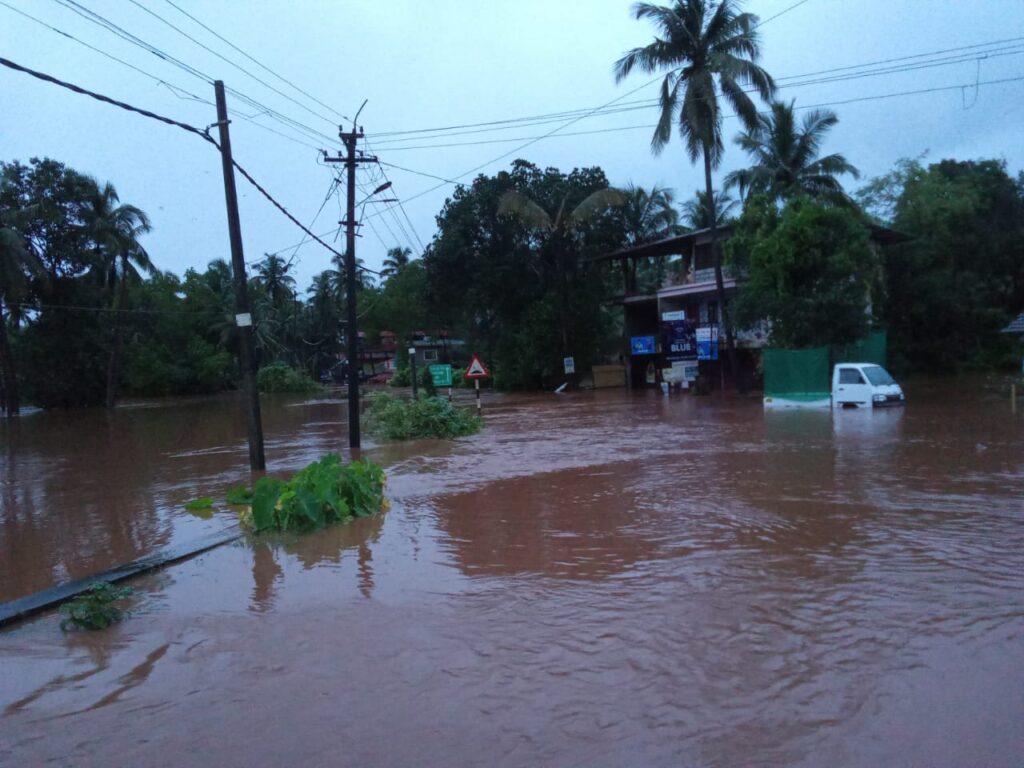 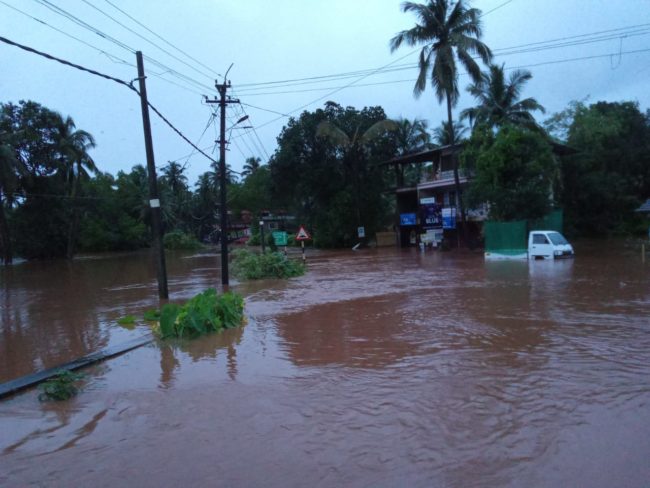 Goemkarponn desk
MORJIM: As the water from the Tilari dam has been released, the villages of Hasapur, Chandel, Ibrampur villages in Pedne taluka with Pedne taluka has been cut off, and water has infiltrated in the houses in the Chandel area.
Locals said the impact of rising levels has hit their villages.
The village is totally cut off from Goa and Maharashtra as many people are stuck in the village.
Ramesh Shetty, a resident of Chandel, said, “We live in Chandel. Every year, we face endless problems in the rainy season as water enters our houses.”
He said they had to stay awake the entire night yesterday.
“Despite repeated requests to the government, the government did not come up with a plan of action. This situation has caused huge damage to agriculture and horticulture. People should be compensated,” he said.