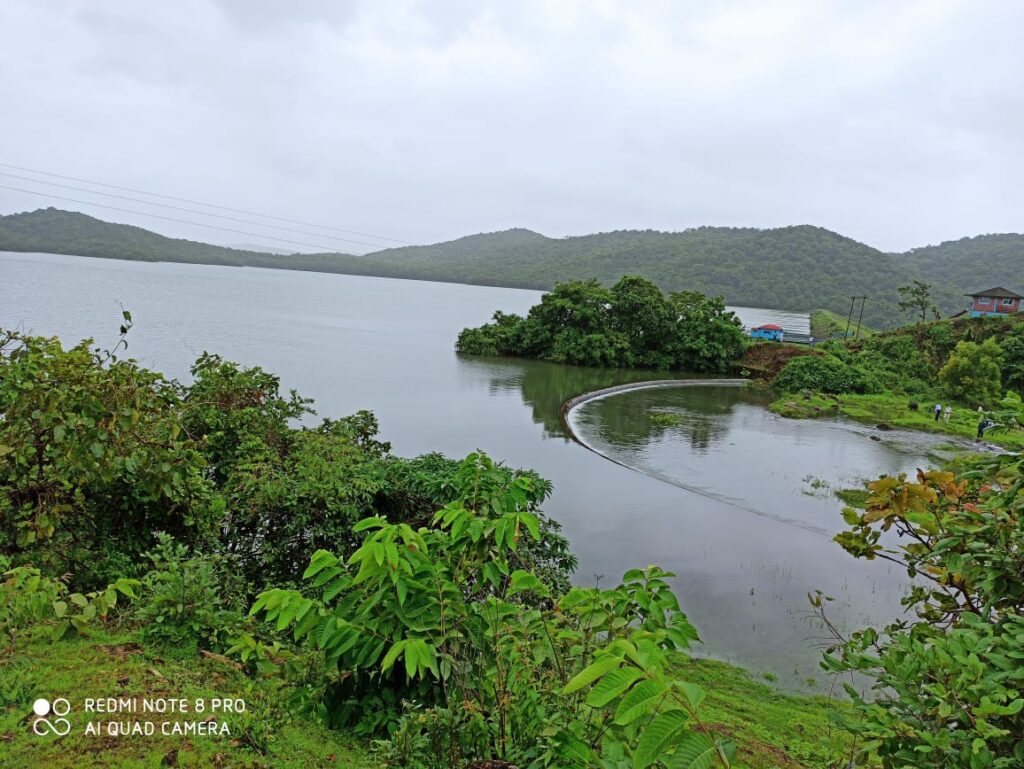 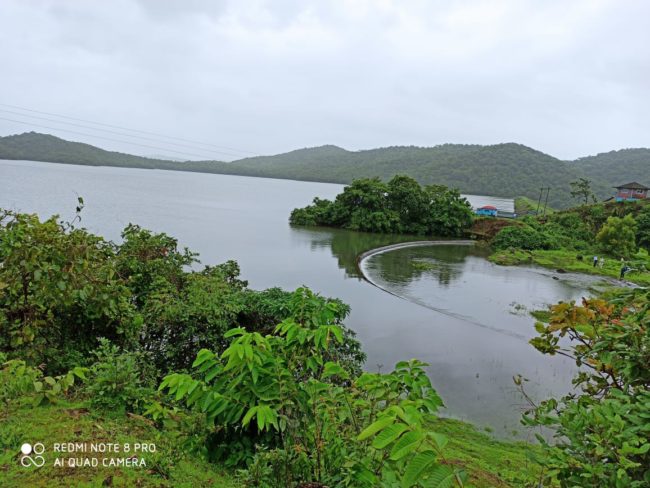 Goemakrponn desk
CANACONA: Chapolim Dam, the lifeline for the residents of Canacona started overflowing at 5.30 am on Friday.
Local enthusiasts made viral the news and the photos of the water overflowing from the dam since Friday morning as youths made a wild rush to experience the yearly phenomenon and the lush greenery all around the hills.
With the taluka receiving heavy and continued showers since last week, the water started overflowing from the reservoir at 5.30 am on Friday informed sources at the Water Resource Department under whose control the dam is since it was built two decades ago.
Shutterbugs who were keeping an eye on the rising water levels in the dam since last week were seen waiting for the first trickle of overflowing.
Pictures and videos of the dam water slowly reaching the height of the spillway and eventually overflowing went viral on social media on Thursday.
Officials of the Water Resource Department who monitored the rise in water level since the last few days were seen at the dam to witness the enchanting scene.
Anil Bhagat, who lives close to the Chapolim Dam speaking to this correspondent, said that the dam filling up so early the stagnant waters of the dam will be replenished with fresh rainwater.
“There were complains and apprehensions from locals that the stagnant water may not be good for drinking purposes, but with another 50 days of monsoon rains left, entire water in the dam will be replaced with freshwater” emphasized Bhagat.
However, Natividade D’Sa, a social activist, expressed that the low catchment area of the dam is not enough for it to get filled up in some years when there is a shortage of rain.
“If waters of Sakreval stream which passes at a little distance is diverted to this dam, then the issue will be solved forever”, emphasized D’Sa.