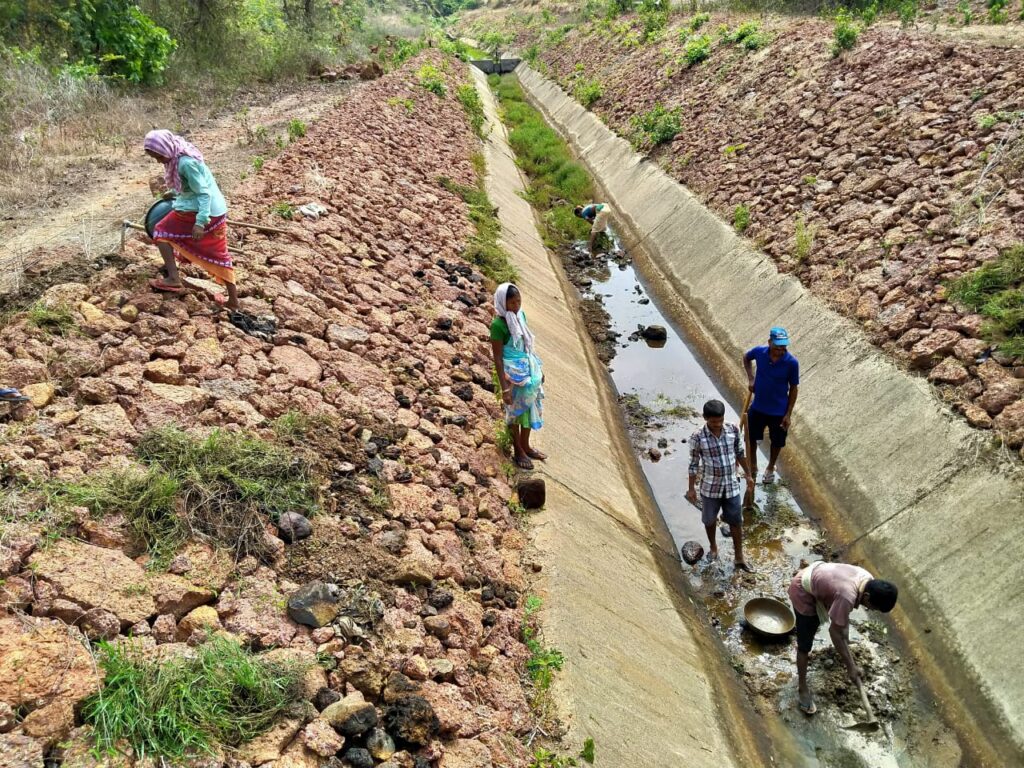 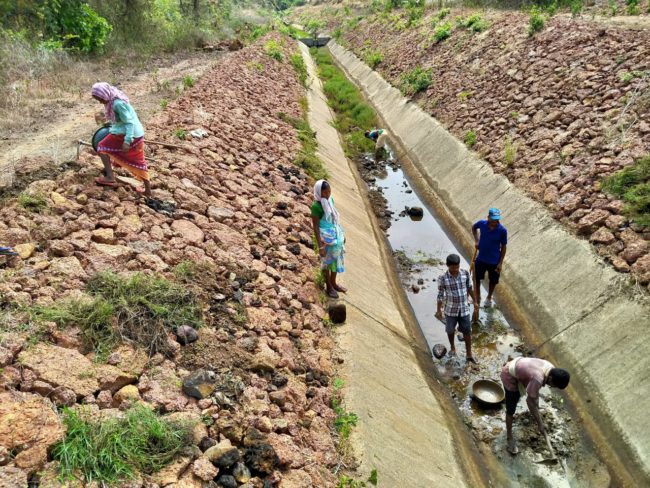 CANACONA: About 30 Job Card holders were provided with employment under MGNREGA Scheme to desilt and clean the Chapoli Dam and it’s surroundings generating employment to the unemployed from Shrishthal village.

The move is seen as State governments successful implementation of central government’s Atmanirbhar Bharat Programme to make a Swayampyrna Goa.

On Thursday, evening with the initiatives of BDO Anil Naik, BDO, alongwith Technical support team group of RDA and Water Resources Department, conducted special joint inspection of the work which is carried out for Desilting and cleaning of Chapolim Minor Irrigation Dam Canal and cutting of unwanted bushes on the Dam side area under Mahatma Gandhi National Rural Employment Guarantee MGNREGS Scheme in convergence with Water Resources Department.

Interestingly, this year the work is given to local agriculture farmer’s groups from tribal community’s as the previous system of contract labour which will not help to local unemployed individuals, informed sources.

The works are nearly reaching to it’s completion which will carry out for further few days. Every job card holder’s will be assisted by 315/-as daily wages work carried out by them effectively. The total cost of this project under MGNREGS Scheme is approximately 3,00,000/- which is about 50% lower than previous estimated cost which is Centrally funded scheme wherein 90 per cent funds are Central funds and 10 per cent funds is State share.

As many as 25 to 30 number of job card holders/workers registered under MGNREGS from Gulem & Chapolim, Shristhal village Panchayat, Canacona talukas are engaged for this work thereby creating pre-mansoon work respectively.