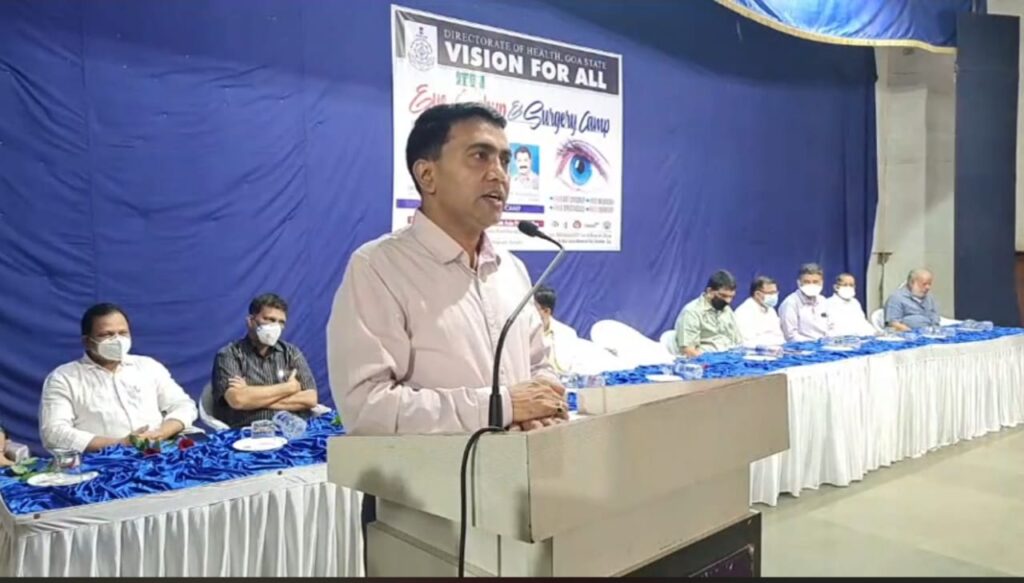 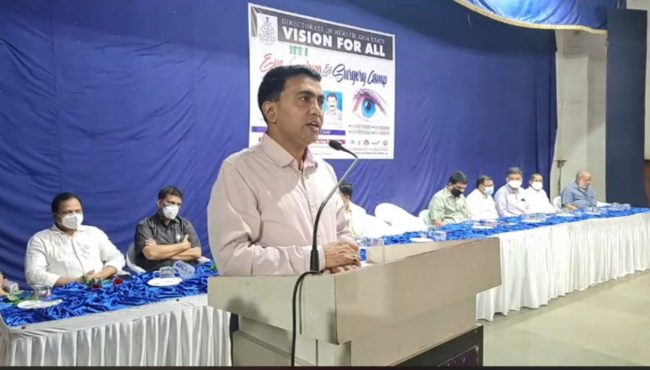 BICHOLIM: The Chief Minister, Dr Pramod Sawant today announced that the government would start ophthalmic centre in Sankhalim PHC where eye surgery would be done.
The CM was speaking at a program ‘Vision for all’ an eye checkup and surgery camp organized by the directorate of health services at Hirabai zantye hall Bicholim.
“No child who is below the age of 15-years with vision defect would go without specs and even we have decided to increase the hospitals where eye surgery would be taken up. Ophthalmic centre would be started in Sanquelim PHC by April and we would see to it that no senior citizen with cataract goes blind.” CM told.
He told that till date there are only three centres where eye operation takes place but now with Sanquelim centre it would help people from Sattari, Bicholim and other areas. He also announced that dialysis centre would be started in Bicholim CHC. “There is already dialysis centre at Valpoi and after discussion with the health minister we have decided to open another dialysis centre at Bicholim.” He told.
He told that his government has decided to go to each area and detect people with eye problem. He claimed that the response of the people shows that the government is doing the schemes for the people. “Our government is conscious about the health of the people and in the year to come there would be several health related programmes in the city and villages” Dr Sawant told adding that more than 100 camps of these type would be organized in the state.