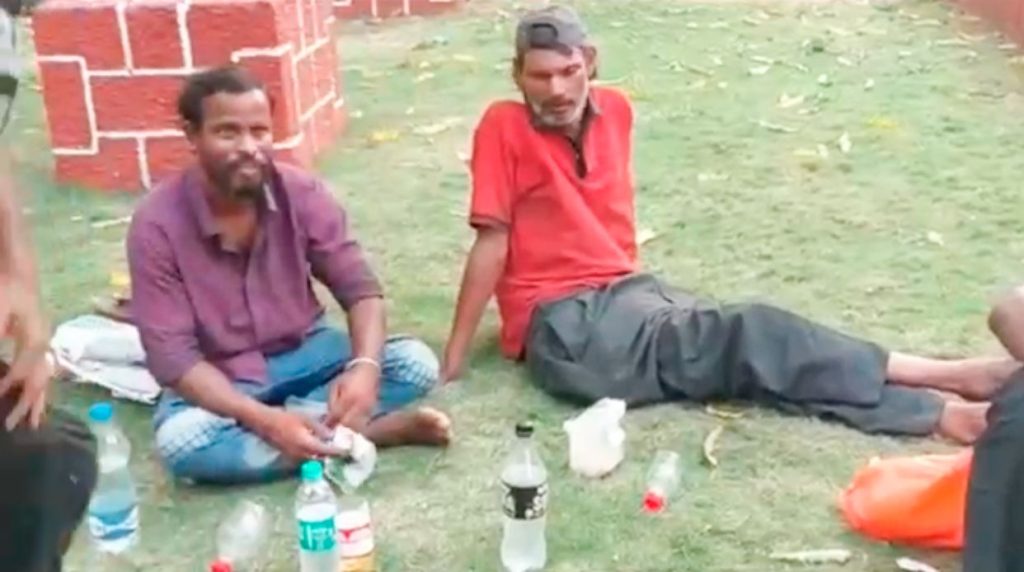 Goemkarponn desk
PANAJI: “This is “Rum Rajya”, not “Ram Rajya” in Goa under BJP Government headed by Chief Minister Dr Pramod Sawant. This is how BJP Government maintains the sanctity of the Martyrs Memorial at Azad Maidan, Panaji. This is the same place where Prime Minister Narendra Modi laid Wreath during his visit to Goa,” charged Congress Media Cell Chairman Amarnath Panjikar.
Reacting sharply to the video of drunkards openly consuming Alcohol at Azad Maidan, Panjim, which has gone viral, Amarnath Panjikar ridiculed BJP Government over its fake Hindutva & so-called patriotism.
“Just a week ago, we had exposed CM Dr Pramod Sawant, Transport Minister Mauvin Godinho and other BJP Leaders who allowed a vehicle titled “Ram Rath” to move on Goan roads in violation of the Motor Vehicle Act. Some of the Ministers, MLA’s and other leaders turned their back to Lord Hanuman while clicking photos as part of their obsession for publicity, pointed out Amarnath Panjikar. This is how BJP insults Hindu Religion & Culture for its political gain,” he said.
He said it is shocking that the Azad Maidan, which has the Martyrs Memorial, Dr T.B.Cunha Memorial and just opposite State Police Headquarters, has now become an Adda of Drunkards & Gamblers.
“This is proof that the BJP Government has no respect for Freedom Fighters and no control over Law and Order,” claimed Amarnath Panjikar.
“I demand that Chief Minister Dr Pramod Sawant and BJP President Sadanand Shet Tanawade must apologise to the Families of the Freedom Fighters and People of Goa for insulting the sentiments of people by allowing drunkards to have free time at the sacred Azad Maidan.
I appeal to the people of Goa to realise the true face of the BJP, which has repeatedly invoked “Hindutva”, and “Desh Bhakti” only to take political benefits. In reality, BJP is anti-Hindu and anti-national,” stated Amarnath Panjikar.