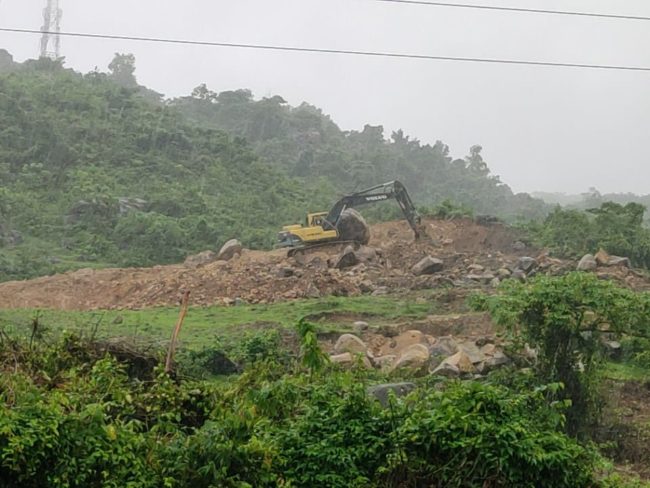 Goemkarponn desk
MARGAO: Cuncolim Municipal Council has issued a stop-work order for the Illegal Hill Cutting & Massive Destruction of Hillock at Cancanamoddi, Panzorconi Cuncolim.
CMC chairperson Dr Laximan G Naik issued a press release saying he inspected the Hill Cutting site and decided to give a stop-work order.
“Upon a visit to the site mentioned above on 18 July 2021, it appeared that land development work going on beyond the approvals limits given by the TCP department. As such it was noticed that massive destruction of the hillock at Cancanamoddi, Panzorconi Cuncolim Goa was going on in full swing,” he said.
He further said that upon receipt of written complaint to the CMC, CMC to immediately issue Stop Work Notice to the ongoing hill cutting site at Panzorconi on 19th July 2021
“To file a Complaint to the TCP Dept., Collector South Gxoa, Dy. Collector South Goa, Flying Squad Incharge South Goa & Local Police Station to inspect the site, scrutinize the necessary documents and take further necessary legal actions to stop the destructive Hill Cutting work,” he said.