Congress ready for all option for non-BJP Govt: Kamat 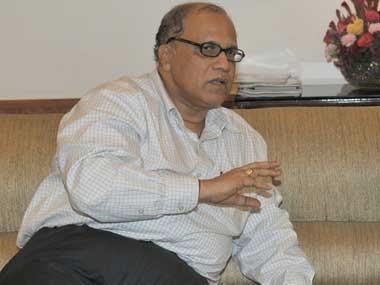 PANAJI: Former Chief Minister and Margao MLA Digambar Kamat said that the Goa Assembly Election Results were clearly against the 10-year misrule of the BJP Government.
“However, the split of votes facilitated the BJP to reach out to 20 seats which again is not the majority number in the 40 member Legislative Assembly of Goa,” he said.
He said that the mandate of the people of Goa was clearly against the ruling dispensation, which is visible from the 33.31% Vote Share of the BJP, which clears that 66.69% of voters did not want the BJP Government to govern Goa’s State.
“The Congress Party, with utmost humility, accepted the verdict of the People who elected our 11 MLAs. We expected the BJP to move ahead and establish the Government in Goa. It is most unfortunate that the BJP Government has, to date, not taken any steps to move ahead and form the Government in Goa,” he said.
He said the government has come to a halt after the Code of Conduct was announced in January as no major work has taken place in the last two months. The monsoon is fast approaching, and a lot of preparedness needs to be done to face natural calamities like the Taukte Cyclone, which caused severe disaster in the State of Goa. China has already raised the alarm on Covid, which may again hit the world.
“It is loud and clear that “All is not Well” in BJP, the People of Goa are deprived of a Government to Govern the State. We condemn the dilly-dally tactics of the BJP, depriving the People of Goa of having a full-fledged Government in place. The act of the BJP Government is a gross injustice on the People of Goa, who came out in large numbers to exercise their democratic right in expectation of a Government,” he said.
Kamat added that it appears that the claims made by the BJP of having 20 plus MLAs on its side, including MLAs from Non- BJP Political Party and Independents, is false, malicious and misleading.
“We appeal to all the Non- BJP Elected MLAs to use their wisdom and take steps to ensure that the People of Goa get a full-fledged and democratically elected government immediately. All the Non- BJP MLAs must remember that the BJP has only 20 MLA, which is just the halfway mark and not a majority number,” he stated.
“We also appeal to the BJP MLAs who believe in democracy to use their wisdom and ensure that the People of Goa are not deprived of their right to have a full-fledged Government in place. Congress Party is open to all options to ensure that a Non-BJP Government is formed in Goa, which will actually uphold the verdict of 2022 Assembly Polls,” he said.
Calangute MLA Michael Lobo said that Congress will work together and ensure that Congress Party is strengthened all across Goa.
“We will mobilise our Party Workers and fight for the People’s Right,” he said.
Aldone MLA Adv. Carlos Almeida Ferreira said the governor of Goa should intervene in this matter immediately.
“Caretaker Chief Minister cannot continue for weeks; he needs to prove his majority on the house floor. BJP is not having the majority number now,” he said.

Goa and Goans being sold to outside vested interests: GAP

Goemakpronn desk VASCO: Goencho Avaaz Party strongly protested the arrest of their member Suryakant Chodankar by the Pernem police on May 8th. After the total ... Read More