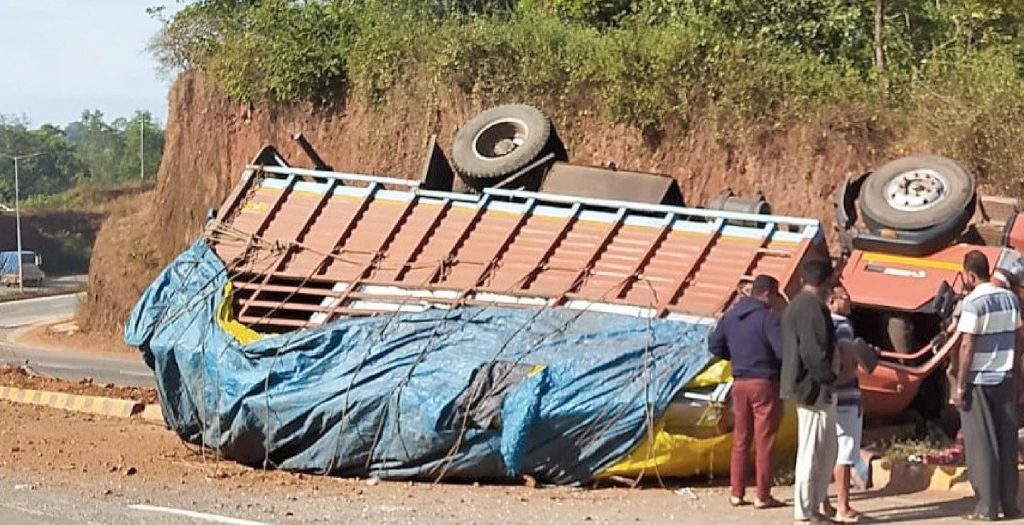 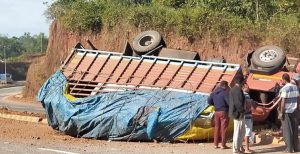 PERNEM: In a shocking accident, a overloaded container truck carrying liquor overturbed at Torse on a sharp turn. The incident took place at 5.30 am on the Mumbai-Goa highway.

After the accident, the liquor inside was scattered on the road. Fortunately, the driver and the cleaner escaped unscathed.

The driver suffered minor injuries. Meanwhile, both truck occupants have been detained by the Goa Police.

As per information, liquor was being transported to Haryana via train.

Information reveals that the driver lost control and the container overturned on a divider in the middle of the road on a tricky bend at Torse.

After the accident, some bottles of liquor inside were scattered on the road.

Considering the severity of the accident, the driver and the cleaner inside escaped unhurt. He has minor injuries. Both of them have been detained by the Goa Police.

From the passing of the vehicle, it is understood that this liquor is being taken to Haryana. However, more information could not be obtained.