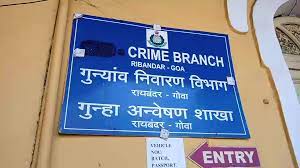 PANAJI: Chief Minister’s Office (CMO) has informed that it has been continuously monitoring the investigation into the land grabbing cases.

The government of Goa had constituted the SIT to enquire various complaint/FIR regarding illegal Land transferred/Land grabbing by way of forged documents. After forming, SIT has taken up investigation of two cases.

On 18 July after interrogation SIT, found the involvement of accused person namely Vikrant Shetty in the said crime, and accordingly he was placed under arrest.

The SIT, land grabbing has further interrogated Vikrant Shetty in illegal Land transferred/Land grabbing case. During investigation it was revealed that about 60-70 properties in North Goa District has been transferred in the name of prospective buyers by way of forged documents.

Today Vikrant Shetty was produced before JMFC, Mapusa and remanded to days Police Custody. Further investigation is in progress.

CM says no decision on relaxing containment zone in Mangor

There seems to be no respite for the residents of Mangor hill as the government decided to continue the Mangor hill for 15 more days. ... Read More

CM taking all necessary steps to resume mining through political & judicial means; I am satisfied with CM’s effort: Governor

No instructions from govt not to oppose notification of Mhadei award: CM

Goemkarponn desk Panaji: Chief Minister Dr Pramod Sawant on Sunday clarified that No instructions were given by anybody from the Government to not oppose notification ... Read More

NEWER POSTAlmost a year, MMC still awaits structural stability report from GEC
OLDER POSTBooks, not computers or robotics, is the need of the hour…