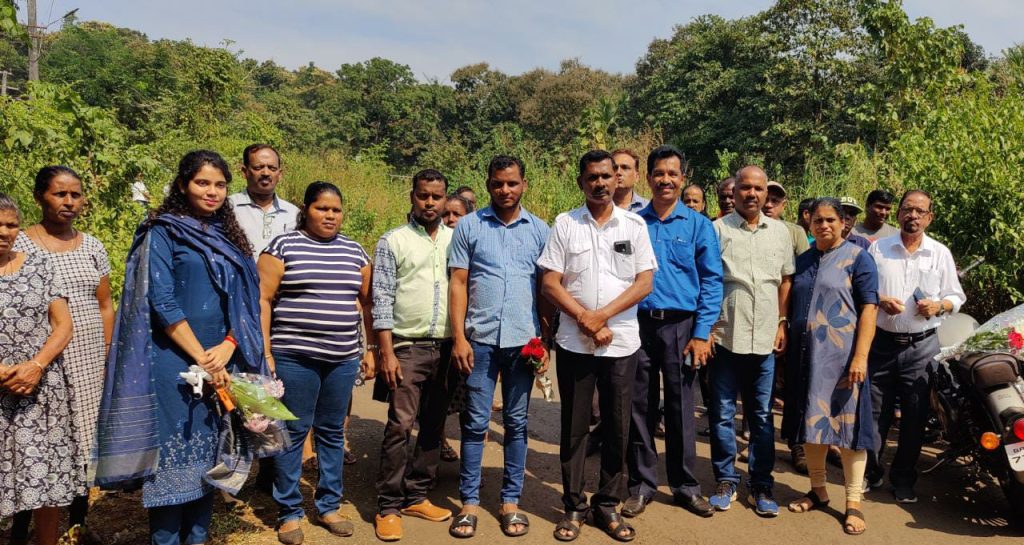 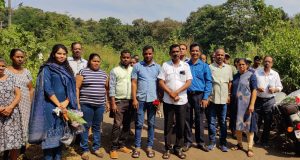 Goemkarponn desk
PANAJI: In a bid to permanently resolve the water supply issues faced by the residents of Consua in Cortalim, MLA Anton Vas launched the long pending works of extending the route of water pipelines across the railway tracks at Consul.
The Cortalim panch member Angela Furtado, Dy Sarpanch Divya Raikar and many residents, were present for the function.
Speaking to the media, Vas said that the issue was long pending and a part of his election manifesto and that of his wife, newly elected ZP Member Merciana Vas
“I am thrilled that finally, the water supply issue pending for many years has been resolved. The water pipeline to the other side of the village moves from below the railway tracks, and hence there is breakage, leakage, and the residents on the other side of the tracks face water supply issues,” he said.
He said that the water pipeline is of a long time, much before the Konkan Railway got their tracks at this location, and when people approached me, I put it forth to the PWD and took it up with the Government.
“However, I was shocked when after a regular follow-up with the Konkan Railway, they placed a demand that we need to pay them Rs 6 lakhs for the work. I then informed them that the water pipeline existed before the tracks and said that the Government or the PWD would not pay a single rupee to them. Finally, the Konkan Railway waived the charges, the PWD tendered the works, and works on extending the water pipeline have begun,” said Vas.
Meanwhile, PWD AE Naresh Painguinkar said that the water pipeline would be damaged every time due to the vibration from the movement of speeding trains
“This AC Line exists below the railway tracks, and there were issues. We then put a proposal to the Konkan Railways, but they did not respond, and it was only after regular follow-ups by MLA Anton Vas that the works began. We have now decided to put a new pipeline from the road to the other side of the tracks and disconnect the existing pipeline below the railway tracks. This will ensure that residents get proper water supply with adequate pressure and there is no issue of breakage and leakage due to movement of trains,” said Painguinkar.