Decided to join BJP only after consulting workers: Amonkar 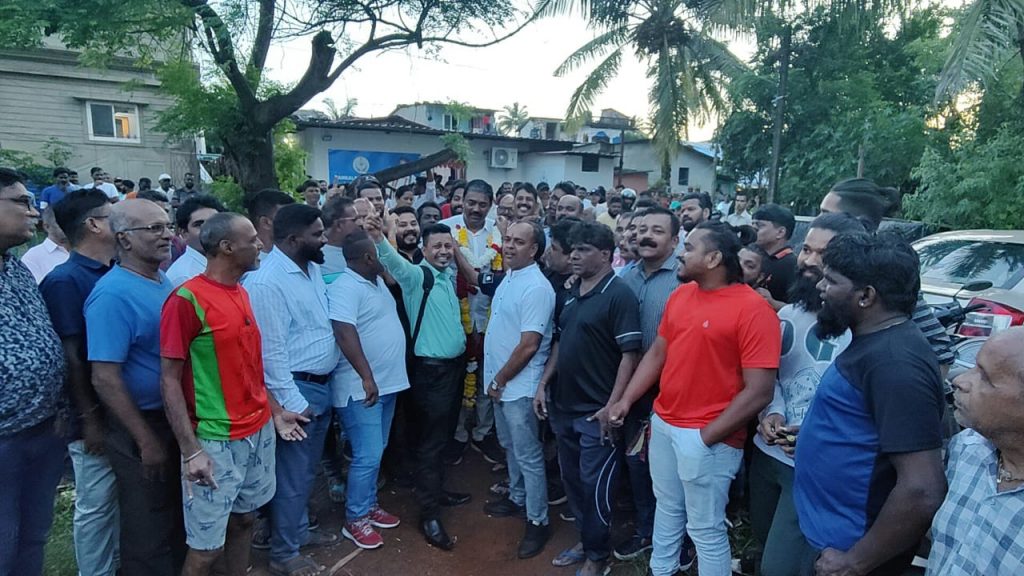 VASCO: Facing criticism from various quarters for ditching the Congress party, Mormogao MLA Sankalp Amonkar said that he joined BJP only for the sake of my voters and the development of the Mormugao Constituency.
Amonkar, who served as former GPCC Vice President, Dy CLP Leader and former youth Congress president, said he had taken the decision after consultation with his voters and informed his decision to the Congress party.
Explaining his side of the story, Amonkar said, he faced defeat on two occasions since 2012 to finally win in 2022.
“I won due to faith and trust reposed in me by my supporters, who stood by me. Since then I have noticed the pains and difficulties faced by people in the last six months as the opposition MLA because I could not get their work done,” he said.
He said the supporters themselves asked me to join the BJP.
“I have joined the BJP unconditionally after consultation of the people only for the sake of development and for my supporters “, said Amonkar.
Amonkar said that his priority of development after joining the BJP was to take up a hospital in the Mormugao Constituency, restore the Mormugao fort, resolve water supply issues besides employment to the people of the constituency
“This decision is only for the development of Mormugao Constituency, and, sadly, I had to take a harsh decision to quit the Congress after dedicating 25 years to the party, but this decision is not for me and only for the sake of my people. I challenge anyone to prove if I have taken any self-interest before the interest of my people. Our PM Narendra Modi and our CM, Dr Pramod Sawant, are doing a lot of development work, and Mormugao Constituency must not be left behind, and this is the only motto of my decision,” he said.