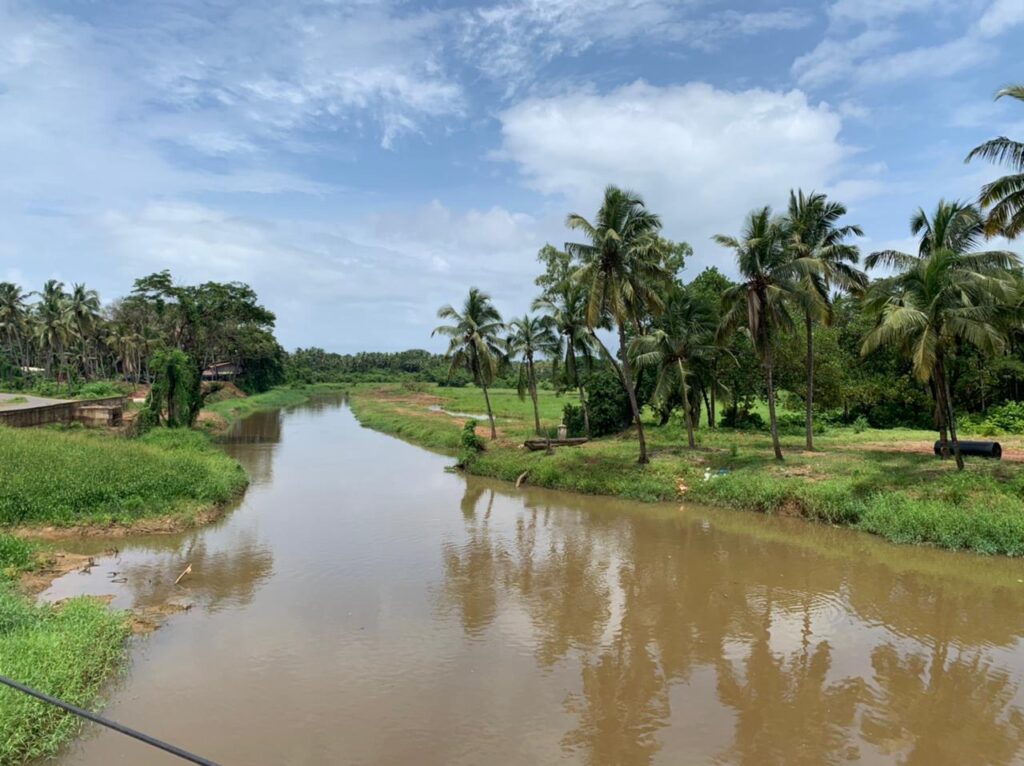 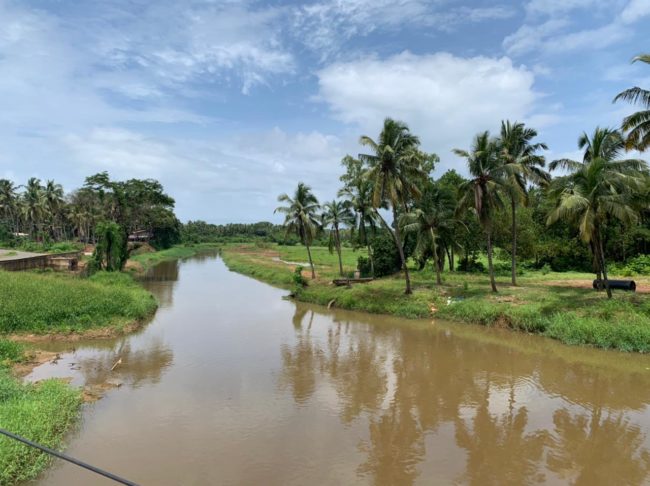 GAURANG PRABHU/ Goemakrponn
MARGAO: The Sal River, once considered the lifeline of Goa, is getting polluted day by day, but if the administration and the people take serious notice of it without wasting time, it will not be impossible for this lifeline to flow alive again with its transparent ripples.
Nowadays, in addition to cleaning the river, it has become equally necessary and necessary to pay attention to various elements around it that pollute the river by releasing pollutants directly into the river.
The major tributaries of the Sasasti Sal river are Kunkali and Naveli. The settlements around these rivers are densely forested settlements. With exceptions of parts like Orlim and Varca, etc., the river appears to be heavily polluted in the adjoining areas of the city (Banavali, Khareband, Naveli, etc.). It is a tragedy that social activists and environmentalists have brought such issues to the government’s notice from time to time but have been ignored. 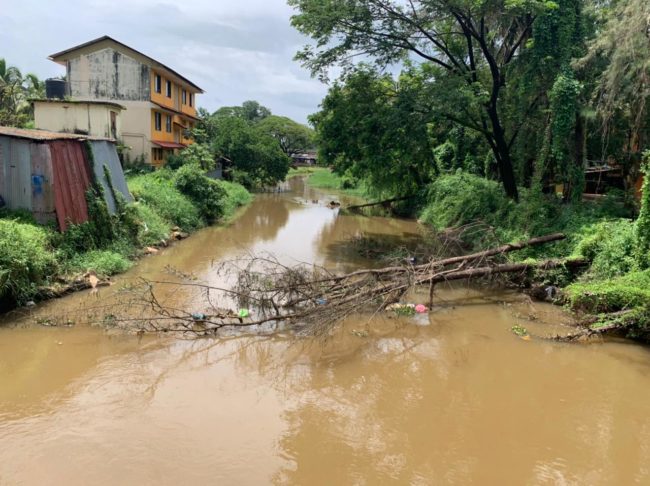 The rushing rainwater from the hillsides flows into the river along with the sewage from the city drains; the city still does not have a permanent solution to the drainage problem; as a result, the urban sewage is discharged into the sewers. In many places in the city, it is not possible to go to big establishments without inhaling the foul smell.
Since there is no plant to process the waste, all kinds of trash from the establishments are discharged into the nallah. It is not surprising that in the rainy season, the dirt goes into the river with the rushing water from this nallah. Basically, action should be taken only against those who leave their filth in the nallah. If the Village Panchayat and Municipal Corporation takes strict action, it is possible to improve the situation.
Despite the increase in population and pollution, the city does not have STP projects to process wastewater, which is unfortunate for the urbanized Margao. Lacking the will, the administration has remained silent on the issue.
According to the information received, the fight for the existence of the Sal river started in 2008. The villagers of Benaulim were the first to come forward for this.
The villagers of Carmona had also filed a Greenpeace petition to notice the ever-increasing pollution into the river and cash in on the Mega housing project adjacent to the river. But with the increasing level of pollution in the river, there is no improvement.
It is understood that the Center also released funds in 2018 given the increasing pollution of the Sal River, but the government has no record of this. Currently, work is underway in two phases to clear the silt from the Sal River, and 80 per cent of the work in the first phase has been completed.
Information received from the Water Resources Department that Rs. 16 crores were spent on this. Although efforts are being made by the government, environmentalists are not satisfied with the Sal River, as a result of which many petitions related to the river are still being heard in green arbitration. Although the river seems clear as it has been flooded for about 40 km, the damage to the river bed in various places is not insignificant.
Executive Engineer Ankush Gavkar, Water Resources Department (Department 2) says the sludge removal work from the Sal river is being carried out in two phases at the cost of Rs 16 crore. Out of this, 80 per cent of the work has been completed, and 20 per cent of work will begin after the monsoon. Scrutiny of funds is underway to start the second phase. The Water Resources Department has undertaken the project, and strict action is taken against those who complain of sewage discharged directly into the river. The Water Resources Department aims to clean up the Sal River, which can be used for bathing if it is not clean enough to drink.
Savio Coutinho, a Margao local, says voices have been raised several times by social activists to prevent pollution in the Sal River.
The first step is to cash in on the city’s dirty river.
The river has been cleaned for years by spending millions of rupees, but no concrete action has been taken to curb the cause of the pollution.
As a result, he says, the dirty water flows directly into the Sal River for hours once the sewer ruptures.