Failure is an event, not a person: Anupam Kher 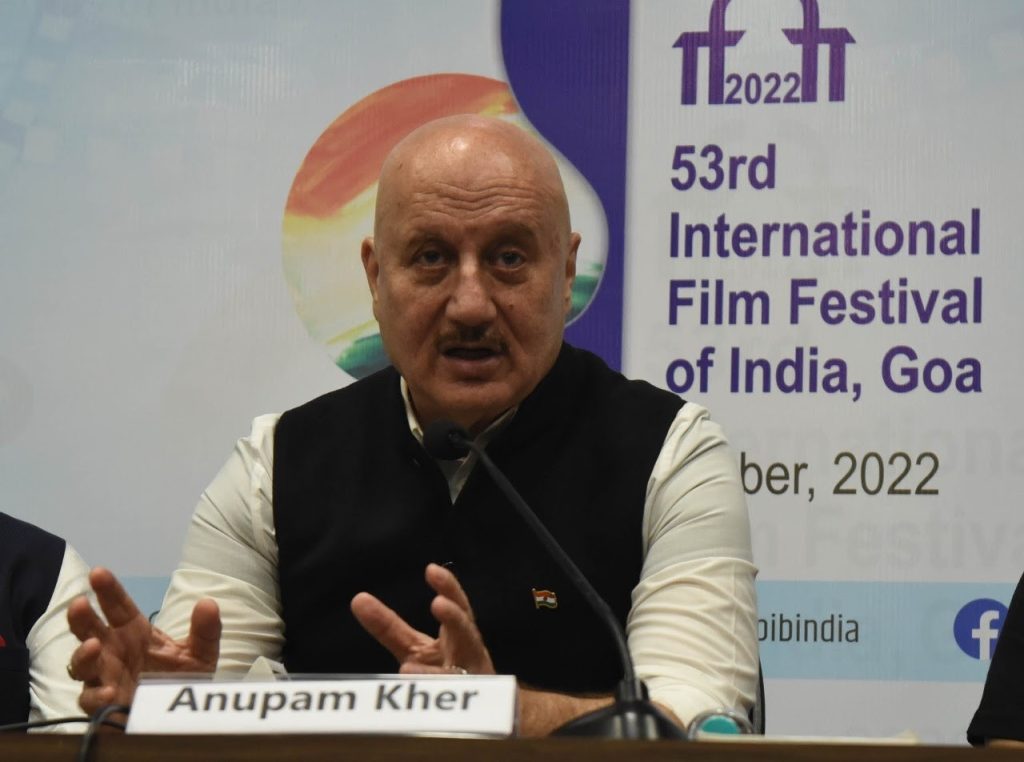 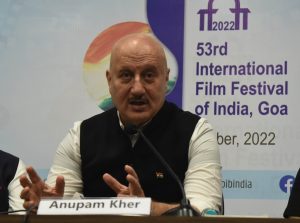 Goemkarponn desk
PANAJI: “Actors are not born. My first acting stint in a school play was a disaster. But my father gifted me flowers in the evening for trying my best”. Renowned actor Anupam Kher said this in the Masterclass he conducted on ‘Performing for Screen and Theatre’ on the sidelines of the 53rd International Film Festival of India (IFFI) today in Goa.
Anupam Kher narrated his life story of becoming a successful actor, though he came from a modest background. His childhood was in Shimla, where he lived in a joint family, which he called a blessing, as there were people around to speak with. “I look up to my father and grandfather. My father used to say, ‘failure is an event, never a person. Till I accept defeat, I cannot be a failure”.
In an encouraging message to the budding actors attending the session, he told them that until blunders are made, one cannot be an actor. “One should not be worried about goof-ups”.
He said that training in acting is as important as any other field or profession. “Training gives you confidence; it’s like a motor driving school. It takes away the fear”. He also said, “Acting has no syllabus. It’s about human nature. If I had not done training, how would I, a 28-year-old newcomer, play the role of a 65-year-old senior citizen in Saaransh”. He revealed that very few of his scripts had been changed after the shooting started.
Anupam Kher feels that Indian cinema is a part of our psyche. “During the bygone era, the only source of entertainment was movies”.
Describing what defines a good actor, he said, “An actor should be full of emotions, full of life. Three weapons for an actor are observation, imagination and emotional memory”.
“If you play with acting, you will learn more” was his message for the acting students.
He advised the budding actors, “An actor should be ready to make a complete fool of one’s self. Until you become a fool, you cannot become an actor. As actors and people, don’t take yourself seriously.”
Speaking about how he would be liked to be remembered, Anupam Kher said, “Being remembered as a teacher is the greatest gratification”. Notably, the senior actor runs an acting school called ‘Actor Prepares’.
The senior actor, who has more than 500 films to his credit, said, “I have not yet reached the interval of my career”.
“You should keep on working. You should be able to start with anything. Don’t become your own enemy. Don’t ever sit with people who think like losers. Make friends with people who are better than you, who have better energy than you. If you want to excel, you have to work every single day”. This is his philosophy of life.
Another takeaway from the senior actor’s take on life is, “I think I should give memories to people. It’s important to give memories, live every moment. We have a habit of making complaints. Life is about doing things, not criticising”. He added that life is a journey, not a destination.
Speaking about the difference between acting in Theatre and cinema, he advised, “Theatre gives you focus. You have to change your performance according to the audience, though dialogue and cues remain the same. It comes after 4O days of rehearsal’. In this context, he said, “Competence is the biggest enemy of brilliance”. He added, “Theatre has no retakes. Cinema has retakes; that’s why many people take it lightly!”