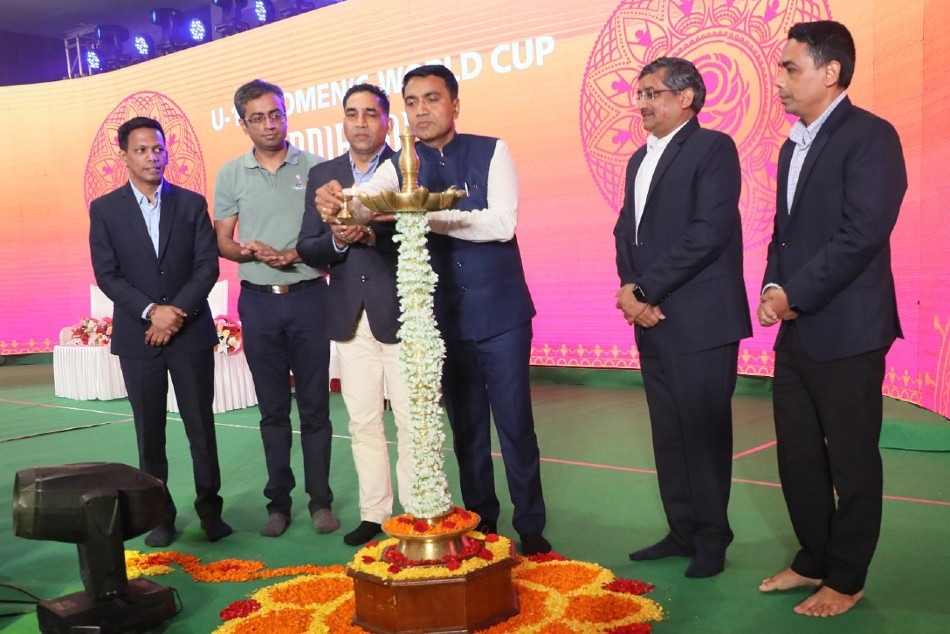 Goemkarponn desk
PANAJI: The upcoming edition of the under 17 women’s world cup, scheduled to be held between October 11th to 30th across three venues – Odisha, Goa and Maharashtra, will be the first FIFA women’s competition to be held in India.
Expressing his delight at the launch event, Sawant said, “Everyone in Goa be it kids, youngsters or elders – everyone plays football. I personally would like to thank Anurag Thakur for giving us the opportunity to host the tournament in Goa. We aim to make the FIFA U-17 Women’s World Cup India bigger and better so that the players who play in the rural and village areas get an opportunity to play at the national and international level.
“I want to thank the Sports Minister and Local Organising Committee for carrying out the host city logo launch of Goa at such a grand level. We will ensure that Women’s World Cup will be the highlight and ensure everyone plays their roles to make the tournament a success.”
Meanwhile, Gaude said, “FIFA U-17 Women’s World Cup will be the biggest carnival of football in India. We will ensure the tournament will be one of the best tournaments hosted in Goa. We have developed a fantastic sports infrastructure in Goa in record time. We will make sure that this tournament creates a huge impact as there has always been a great culture for football in Goa.” Goa is on the verge of becoming one among only two states in India to host two FIFA tournaments.