*Three lanes of the New Zuari bridge will be a one way only while one lane will be for heavy vehicles, says Cabral 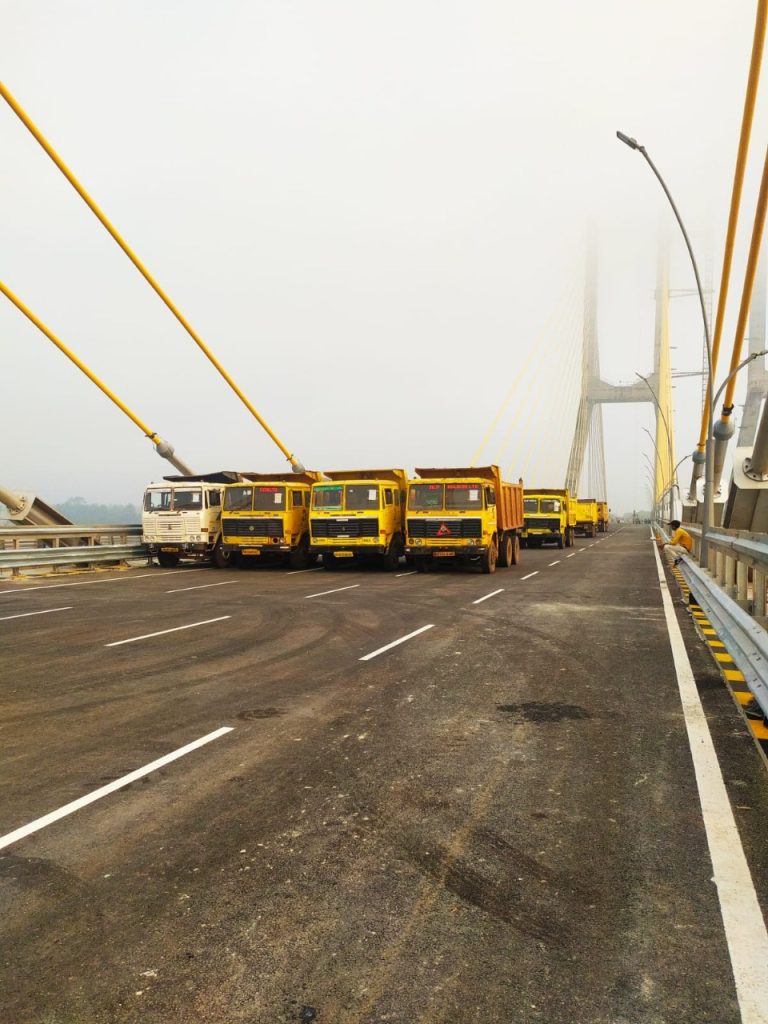 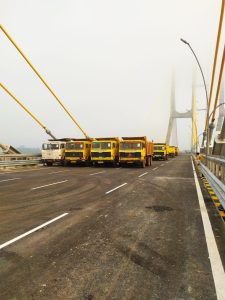 ZUARI: PWD Minister Nilesh Cabral on Wednesday afternoon said that the new Zuari bridge will be thrown open to motorists only after all the safety measures are adopted and all safety parameters are checked. Cabral speaking to reporters.

“We have been hearing for a long time on the dates for the inauguration of this new bridge but I want to clarify that the bridge will be inaugurated only after all safety measures and safety parameters are checked. The DBL wi tell us the dates though we will maintain our promise that we will open in December and final dates will be decided later. We will make a traffic plan ,notify traffic movement, carry out safety measures and after the final load testing we can start operations here. ” Said Cabral

“The DBL have already got 32 trucks of 32 tones each to check for load testing. These trucks will be placed here as per drawing given by the technical consultant and these trucks will stay here for 24 hours for testing for the load . They will check the load figures again 24 hours after removing the trucks and then they can examine the deflection. This exercise will be monitored for the next 5 days and we can finally decide the load testing. These is done only for load test on cable stress spanning across 640 meters ” said Cabral

Cabral added that a new system would be implemented to check for traffic violations .
” I will Sign a file today where in we are bringing a system where we will have signals on traffic islands where we will use artificial intelligence to capture all traffic violations including seatbelts ,helmets ,overtaking,etc and generate automatic challan issued . This system will be tested at Merces circle next month. This system will be implement on the new Zuari bridge at a later stage ” Said Cabral

” The new bridge is opened for all vehicles including two wheelers and we may have to take a seperate tender to renovate the old bridge because it is not totally safe. By 2024 ,when this entire bridge is ready, both sides of this bridge is opened and the old bridge may be closed ” said Cabral
Cabral said that the new Zuari bridge has maintanence of 8 years and approach areas for four years and would be maintained by the project proponents .