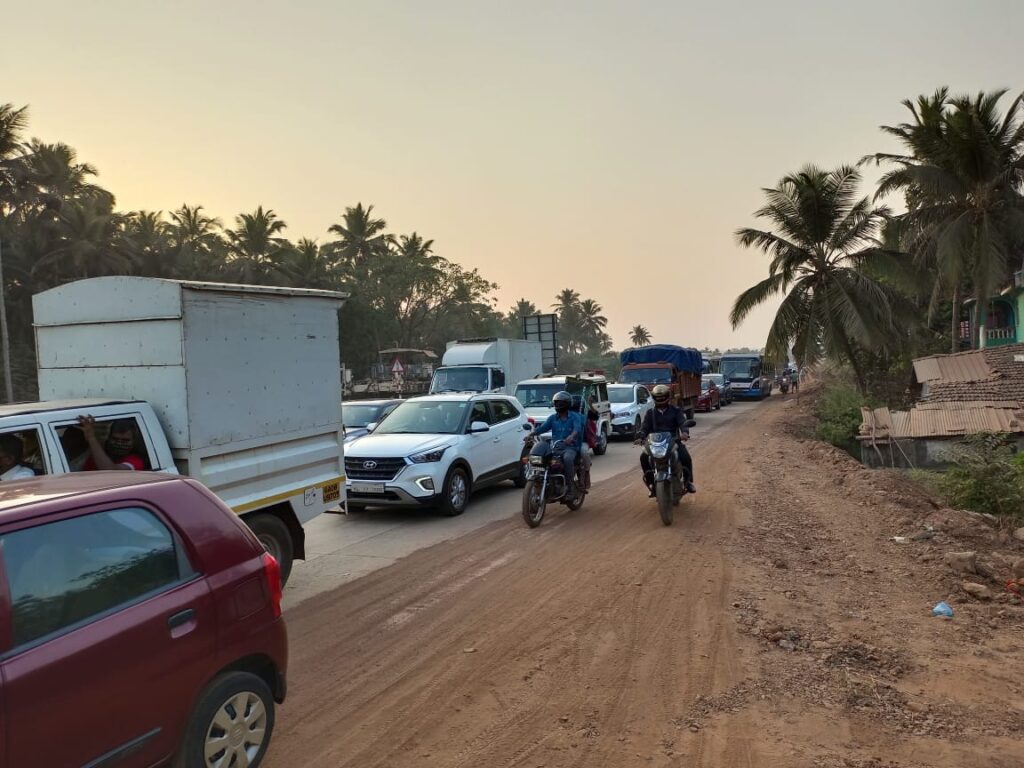 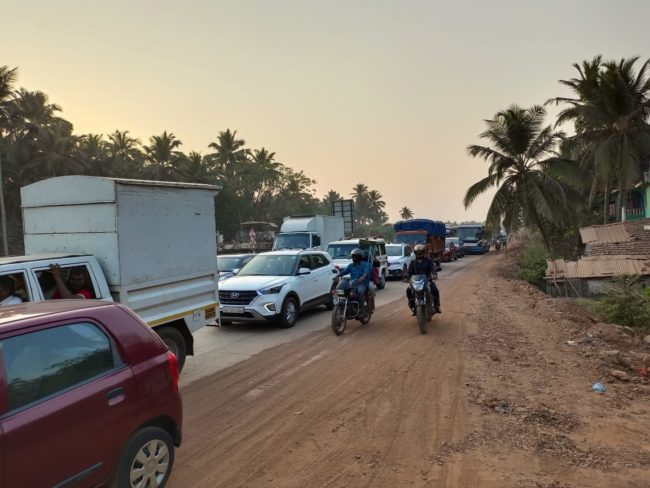 VASCO: Vasco traffic cell has revealed that the ongoing work of the new flyover from Agassaim to Verna stretch is the reason for slow traffic movement during peak hours. For the safety of commuters, traffic from both sides is being facilitated from a single lane when the next lane is blocked.
For the past few days, during peak hours, the slow movement of traffic and traffic jams at the Agassaim to Verna stretch seems to become a daily story. Recently there were news reports in the media about the traffic jams taking place at the Agassaim to Zuari bridge stretch, which is a major inconvenience to the daily commuters of this route.
When contacted, Sudesh Narvekar, Deputy Superintendent of Police Traffic, informed that the traffic movement seeing is slower, considering the flyover bridgework ongoing at Agassaim to Cortalim stretch.
“The traffic coming from both the directions from North Goa and from South Goa are being routed through a single lane. This is being done because the work on the upper section of one flyover is ongoing at a swift pace, and to avoid any untoward incident or dangerous accident with the commuters, one lane is being barred for traffic. This is being done for the safety of the people,” he said.
Further, when questioned about how long it will continue, Narvekar informed that as soon as the ongoing upper work of the flyover is completed, the other lane will be opened for traffic.
“Safer driving will also help avoid accidents on the roads, which is also one reason for the traffic jam. Three days ago, there were multiple accidents at Zuari bridge stretch which slowly resulted in a traffic jam,” he informed.