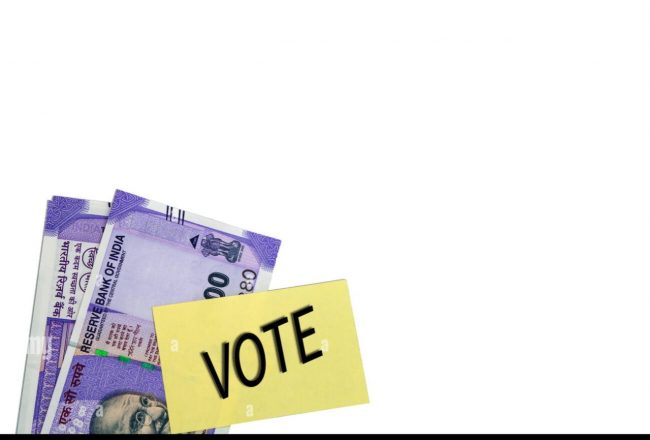 Goemkarponn desk
CORTALIM: On Wednesday, Cortalim Panchayat’s former sarpanch Senia Pereira hit out at Former Dy Sarpanch Raymond Desa while alleging that Desa had been caught red-handed while distributing money, a charge that was refuted by Desa.
The Cortalim Panchayat residents have all eyes set on the ward results where Senia Pereira and Raymond Desa are in a straight fight, and the election will be fought as a prestige issue.
Speaking to the media, Former Sarpanch Senia Pereira said that she had caught Raymond Desa red-handed while distributing money to voters on Tuesday night, a day before the Election.
“I went with the police and took the flying squad with me, and we caught Raymond Desa moving around freely after 8 pm, which is against the rules. After he saw all of us, he rushed to a panch member’s house, and his vehicle left the site. I want to know what Raymond Desa was doing so late and why he came walking half a kilometre away from his house late at night. This is the only reason he is being elected, and he has been doing this all the time. People must be aware and refuse to elect such candidates who distribute money but don’t work for the people,” said Pereira.
Former Deputy Sarpanch Raymond Desa, however, refuted allegations and said that Senia Pereira was only attempting to malign his image ahead of elections.
“This was a pre-planned attempt to malign my image ahead of elections by the opposition candidate Senia Pereira. Where did the money disappear if they said that I was distributing money? The police were present, and they later even called the flying squad, who found nothing with me. I had gone to the place because my supporters told me Senia was distributing money, and I wanted to ask her what she was doing there. She is already frustrated and accepts her defeat before the results. My voters don’t need money, and they have elected me for the last so many terms because I have done their work, irrespective of being in power or being in the opposition,” said Desa.