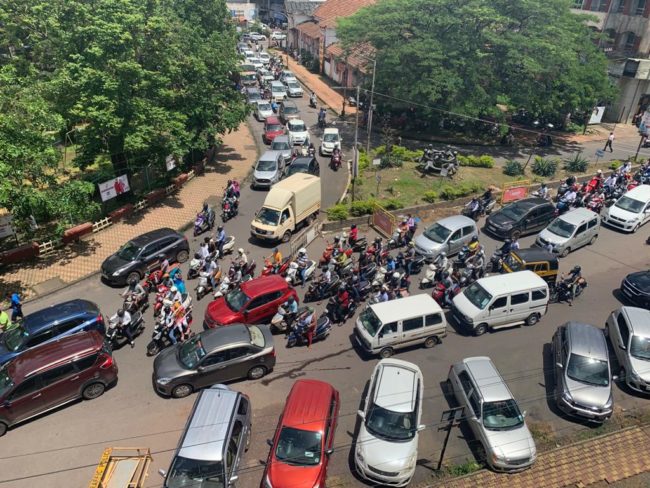 With the influx of migrants and the rise in the number of vehicles, the commercial capital of the coastal State is facing a significant issue of parking and traffic congestion.
The Margao Municipal Council (MMC) has certainly failed to regulate the traffic, haphazard parking via pay parking lot by earmarking more parking slots in the city.

Both side parking is causing traffic chaos in the city, which leads to traffic jams, especially on old Hari Mandir lane, new market, station road, few parts of Comba, Khareband road leading towards Railway station and many other places have been facing the same problem.

Many buildings in the city don’t have parking space, which is mandatory as per TCP laws, and the residents or the customers park their vehicles on the road.
The vehicle owners park their bikes and cars on the sides of the road, even near no parking and the police turn a blind eye, owing to pressure from politicians.

A proposed parking project for which a foundation stone was laid in 2016 by then chairperson Arthur D’silva, but the project never took off. 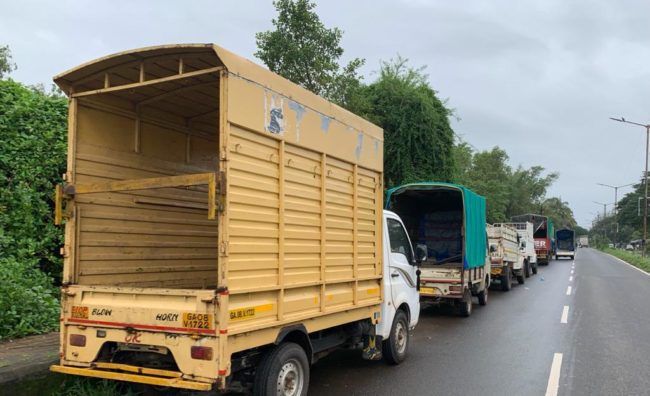 Margao badly needs a multi-storey parking project in the city as there is an acute shortage of parking space.

Margao being a commercial capital, most of the people from South Goa prefer Margao as a marketing place, especially from the coastal belt of Salscet, so there is a heavy rush of people in the commercial capital city every day this also increases the vehicle parking load.

Even after notification of the District Magistrate to stop operations of warehouses, there has been no respite to the traffic congestion caused due to the entry and parking of heavy carriage vehicles, mostly six wheeler trucks in Margao town. 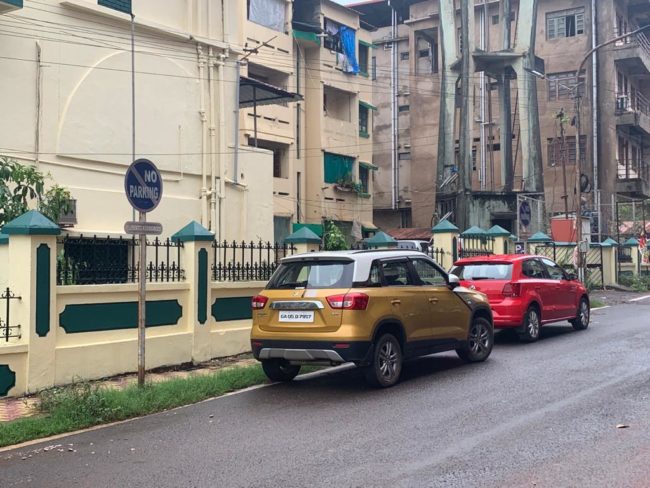 The overall traffic situation in Margao has been complete chaos which is causing nightmares for the residents and the vehicular traffic around Margao areas.

Recently the rush at the theatres in Margao was in the news for different reasons altogether. Irresponsible people parked their vehicles on the entrances and access roads of people living in residents at lurch.

Aquem, Pajifond, Margao central area Borda areas have a massive concentration of commercial complexes and shops. The people who come to these places find it impossible to even walk to the destination due to indiscipline and too much parking in the areas.

The complexes in Margao and Fatorda areas are residential as well as commercial. A single complex has several offices and several employees working in those 100’s of offices.
The absence of underground parking or no parking facility has been forcing these employees and the visitors of these offices to park in the no parking areas and behind vehicles blocking their movement altogether.

Finding a Car park or a two-wheeler parking spot is as tricky as finding water in a desert, and matters are getting worse nowadays. For example, the lane opposite Hari mandir has 2-3 goods transport hub warehouses. This area sees many trucks coming here every day, disallowing even one vehicle to pass through the jam. Sadly there has been no action against the said violators for decades.

Surya Velip, a frequent visitor of a developers office in this area, said, “I come with a two-wheeler, and every day is a challenge to save myself from the street madness and jams. The plight is not over. On reaching, I need to find a parking spot which I may never find on weekdays,” said Surya.

The trucks park in the morning and leave late evening after the unloading, causing nuisance all day. There is no traffic police to control on pay attention to the situation, nor there are cameras here which will get the violators to book.
Not to forget that the pedestrians on these lanes walk on the road due to rampant encroachment by establishments. Mannequins, boxes of goods vehicles sometimes are parked right on the footpaths all over the town.

The commercial town of Margao has been battling with its parking issues for nearly 15 years.
Approximately 82,787 vehicles enter Margao city from all directions, out of which 10 per cent are considered to be inter-state private vehicles going towards Karwar or Belgaum. The rest 90 per cent of cars are from the town and the adjoining areas of Navelim, Chandor, Sanvordem, Quepem which come to the city for the market place. This results in traffic jams and traffic-related violations like road rage, parking in no park areas, no entry and others. The Margao town surprisingly allows heavy vehicles to ply all day during peak hours of the day.
The ever-increasing number of vehicular traffic has put enormous pressure on the existing road network and parking spaces in the town of Margao.
The old plans and methods of execution of traffic discipline in Margao have become obsolete now, and the Traffic cell and the MMC will have to work together to get the people out of trouble.

The Traffic Police Cell of Margao has suggested much-needed pay parking places around Margao and is waiting for the Margao Municipal Council to respond.

The Deputy Superintendent of Police (Traffic) Prabodh Shirvoikar said, “The proposal for pay parking have been sent regularly to the MMC. Pay parking has been suggested so that there is control over long duration parking and justice to the town’s short time visitors” said Shirvoikar.