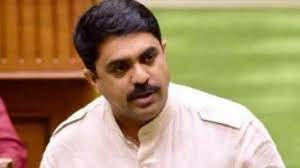 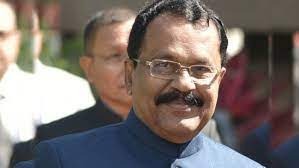 Goemkarponn desk
FATORDA: Goa Forward Party (GFP) President Fatorda MLA Vijai Sardesai today said that he has spoken to Governor of Goa P.S. Sreedharan Pillai, urging him not to sign the ordinance allowing show of hands during the election for the post of municipal chairperson.
“We’re on it. Spoke to Goa Governor Sreedharan Pillai on Government of Goa’s continued attacks on democratic processes and people’s rights, and urged him not to sign the ‘ShowofHands’ ordinance that has far-reaching and disastrous consequences for Goa,’ said Vijai.
He further said that every Goemkar must realise that the law is being brutally vandalised so that in every municipality, every panchayat of Goa, the will of the people can be sabotaged and stooges of BJP Goa can be elected.

“An ordinance is being circulated for cabinet approval to subvert the law that prescribes secret ballot for Municipal Chairperson polls so that BJP Goa can snatch power against the will of Goans,” he added.
As per the Goa Municipalities Act, the election of chairperson and vice chairperson of all municipal councils were to be elected by a secret ballot.
But during the election of the new chairperson of the Margao municipal council on September 16, Kamat and the ruling BJP leaders were in a rude shock when the candidate backed by them was defeated by 15-10 votes despite enjoying a majority of 15 councillors.
Sources have indicated that the state government went to the extent of circulating a cabinet note for its ministers to sign as a process for issuing an Ordinance to change the rules making the election of the chairpersons and vice chairpersons by show of hands.