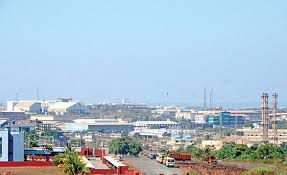 VASCO: Vasco based RTI and Environment activist Adv. Savio Corriea has been appointed as a Director of the Goa Industrial Development Corporation. Correia has been very active in fighting to protect the environment of Goa and his anti-coal stand in Mormugao.
In an official order issued by the Department of Industries and signed by the Undersecretary, the names of the directors have been mentioned. Those are – Sandeep Sood, Member, Director of Confederation of Indian Industry Goa State Council, Director Chandan Kalidas Parab, Bicholim Goa, Director Savio Joaquim Filipe Correia, Vasco-da-
Gama, Director Charlton Vishal Almeida, r/o Cutorim, Salcete, Goa.
When contacted Corriea on his what he would like to do in this capacity, he said, “I am humbled to be appointed as Director GIDC and thank the Government for reposing faith in me”.
“I am enthused by our Hon’ble Prime Minister’s call for a clean, green, and sustainable growth process that I feel is a smart move and reassuring for our country’s future growth. Goa needs to be more investor friendly and easy norms to attract green industries coupled with employment opportunities for Goan youth”.
The Vasco based environment and RTI activist Savio Corriea has been prudent in voicing his opposition to the air pollution and coal handling in the Mormugao Port and has advocated for the environment-friendly activities in Mormugao and Goa for the larger public good.