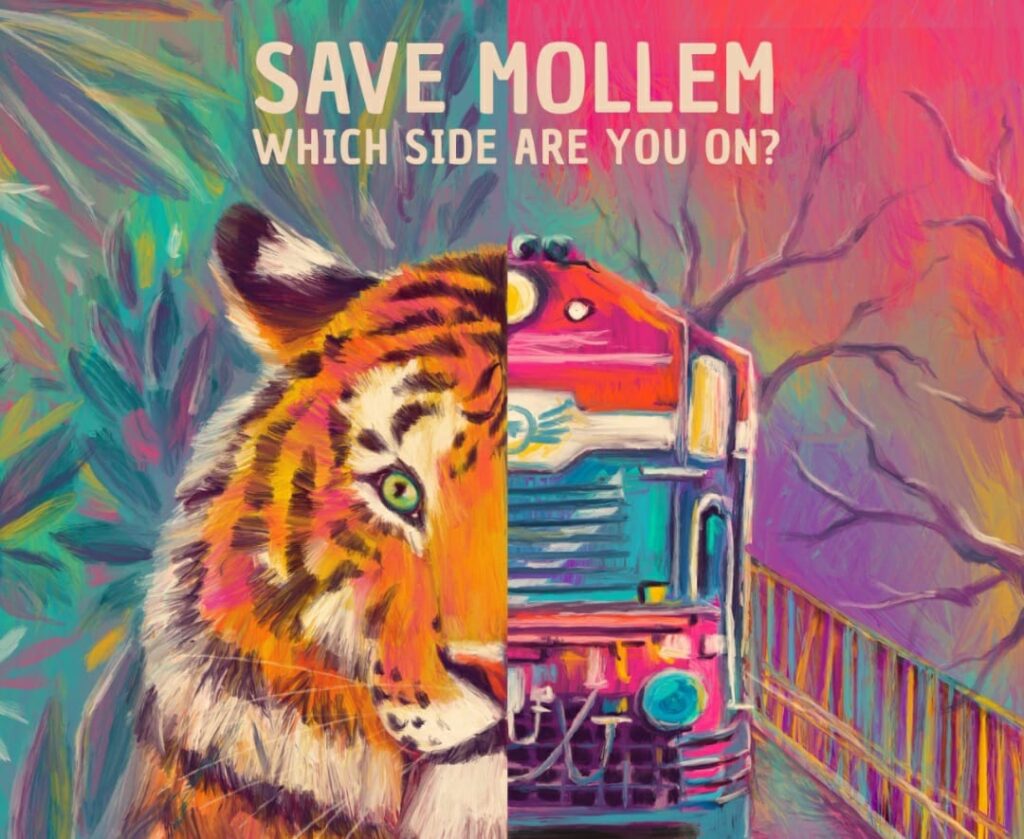 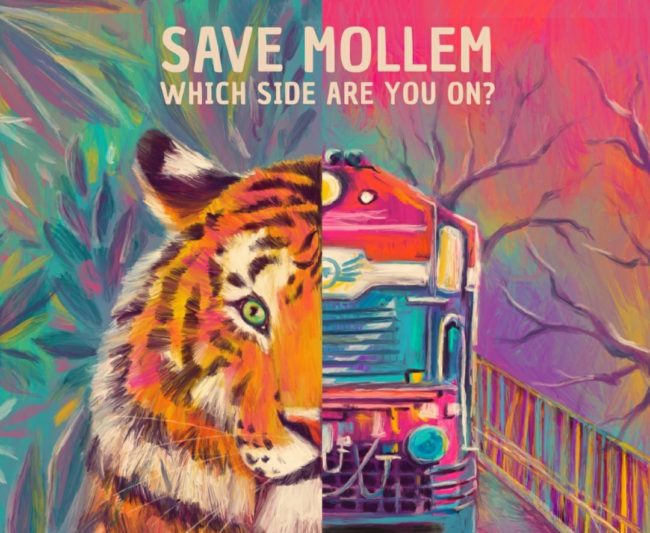 Margao: Goyant Kollso Naka (GKN) had written to the CEC on 22nd August 2020 explaining in great detail all the reasons why the three projects must be rejected. GKN had also written to CEC on 11th January 2021 requesting for an opportunity to be present during the inspections and to meet the members of the CEC, but we have not even received a response.

GKN states that it is most shocking that despite the overwhelming evidences placed before the CEC regarding the complete absence of Public Interest, and the massive destruction of environment, economies and society due to the three infrastructure projects through the Protected Areas of the Western Ghats, the CEC seems to be only considering saving a few old trees and other mitigation measures.

Goyant Kollso Naka reminds the CEC of the irrefutable evidence submitted proving that the double tracking and four-laning projects are only for Jindal, Adani and Vedanta to increase coal transportation through Goa for private profit.

Further, GKN said, no activities affecting habitats can be permitted in the Protected Areas under section 29 of the Wildlife (Protection) Act, 1972, except for better protection of the wildlife.

“However, these projects have been cleared by the State authorities blindly quoting “Public Interest. The CEC is duty bound to reject all the three proposals outright just on these bases, without even having to consider the disastrous fragmentation of the Western Ghats three time over, and the resultant accelerated extinction of species, collapse of the ecology and biodiversity, and global warming,” GKN said.

GKN says the CEC must also consider the fact that there is very little traffic on the three existing three roads from Goa across the Western Ghats.

The fraudulent fragmentation of each project into small bits to hide the impact and the failure to consider the cumulative impact of the three projects are also major violations that demand for the projects to be rejected.

GKN has expressed shocked to read the ridiculous and baseless statement of the CM published today supporting the three projects and the vested interests of Jindal, Adani, Vedanta and other corporations.

“He is lying outright to fool the people regarding the present and future electrical demand of Goa. The present transmission lines have a capacity of almost 1000 MW, while the highest peak demand recorded till date is only 625 MW and the average is only around 400 MW. The present capacity will never be achieved in the foreseeable future. Further, the compulsory target of 358 MW of solar power in Goa means that even the existing Ilines will be largely redundant by 2022, GKN said.

The NGO says though all this information has been given to him, the Ea CM has never even responded, except with such outrageous lies spread through the V media.

GKN reminds the Government that it is duty-bound to provide information to the people, and not to fool the people or hide information. The three linear projects are only for the short-term greed of a few corporates, which is worshipped as ‘development’ by a blind Govermment, they say.

“The survival of our children is at stake, since once this infrastructure is in place, nothing can stop Goa being made a coal hub and other insidious plans of the anti-people Government. The people of Goa have rejected these projects and the evidence is the mass protests o from July 2020 till date, More than 100 of Goa’s 189 Panchayats have resolved to oppose coal transportation through Goa. Not just Goa, but Kamataka has also mat opposed these projects, though the people of Karnataka have also not been taken tostiu into confidence,” the NGO says.

GKN rejects all mitigation measures or other compromises and declares that the CEC and the Government of Goa must not just bow down before the people, but must also open their eyes to the reality of climate crisis and the survival of our future generations and the tiny State of Goa.

“Not just these three projects, but also coal transportation through Goa and coal handling at MPT must be stopped completely. The way forward is to restore our agriculture, forests and fisheries and make an Atmanirbhar Bharat through development of our local communities, traditional economics and self-reliant villages, and the time is already running out for all of us,” GKN said.