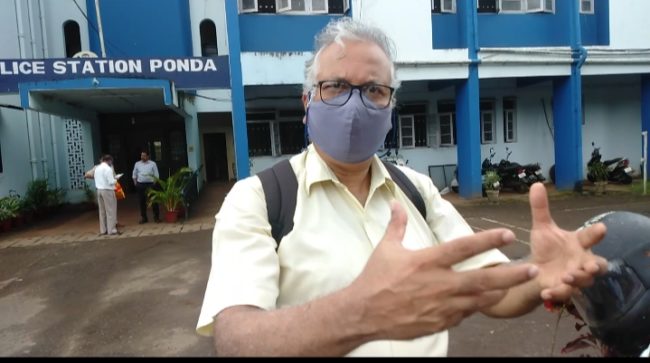 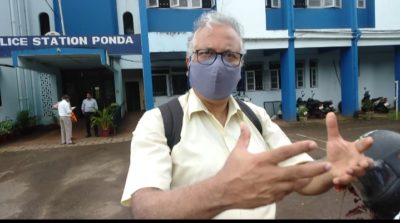 Goemkarponn desk
PONDA: On 1 October, Senior Citizen day will be celebrated; however, senior citizens or senior citizen couples residing alone in the house face many difficulties in their lives.
As per the Senior Citizen Protection and Maintenance Act, there is provision to form a three members Volunteers Committee comprising social workers to provide them help at the time of need and distress. However, many Panchayats had not appointed such committees. Such committees are essential to coordinate with beat Police so that senior citizens or couples residing alone can get timely help from Police and Volunteers.
In this regard, Goa Can Convenor Roland Martin today met Ponda PI. As per the statutory mandate, he demanded that the three members committee be appointed on every Panchayats in Ponda Taluka to look after senior citizens residing alone in their houses. He said in Goa, senior citizens population living alone is 14 per cent while in Country it is 7 per cent.
“They have a lot of problems in life when they fall sick, they can’t go out, so they need to supply medicine and other requirements at home and thus need help in their day to day life,” he said.
He said he met Ponda PI Mohan Gaude, who assured him to do the needful. There are nineteen Panchayats in Ponda Taluka, with several senior citizens with illness or residing alone want help at the time of need.
Further on 10 October, Mental Health Day will be celebrated.
“However, we can see that many citizens are in depression after the Covid crisis, and they need support, solution and guidance to their problems which should be provided to them,” he says.
He said at many places, the beat police can’t reach, so three members. volunteers can help police reach out to them. He said there is a scheme by the social welfare department called Ummeed Day Care Centres, which needs to be set up for the healthy life of senior citizens where they can spend time with each other.
Meanwhile, Sudesh Naik at Shiroda said some citizens residing alone, and bedridden find it difficult to withdraw their monthly pension money from the social welfare department through Bank.
“Therefore, government should see that instead of carrying senior citizens to Bank, they are provided with their money directly at home,” he added.