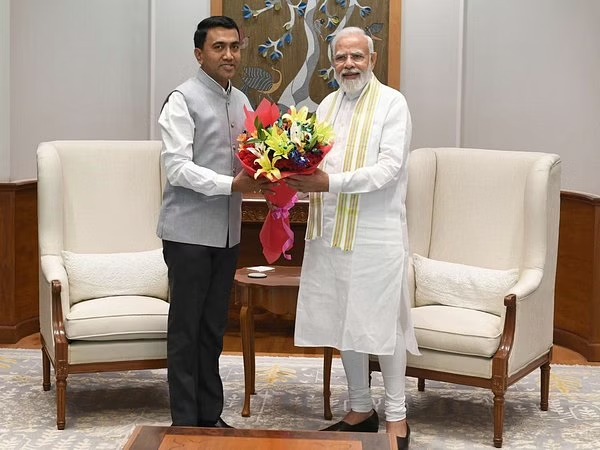 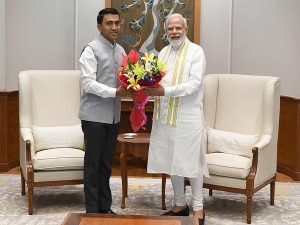 Goemkarponn desk
PANAJI: Chief Minister Dr Pramod Sawant hailed Prime Minister Narendra Modi for monumental growth in the Fishing Sector.
The Chief Minister said that under Prime Minister Narendra Modi, Fisheries are rising, so is an expansion of the scope of Fisheries Tech, Production in India.
“The Blue Revolution in Indian Shipping and Fisheries sector. The Fisheries sector is witnessing monumental growth. Under the leadership of Hon’ble PM @narendramodi Ji the export of Fisheries is rising so is an expansion of the scope of Fisheries Tech, Production in India,” CM tweeted.
On Monday, Union Minister of State for FisheriesDr .L . Murugan highlighted the achievements in the Fishing sector.
Murugan who also holds the portfolio of Information and Broadcasting said that Goa is known for tourism as well as fisheries.
“The Fisheries sector in Goa has improved substantially as almost 25 % production has increased in Goa since the last two years,” he stated.
Speaking further, he said the Fisheries sector is marching ahead under the leadership of Prime Minister Narendra Modi.
Earlier, there was no ministry for fisheries, but Prime Minister Narendra Modi has created a separate Ministry for the fisheries sector, and since then, the sector’s potential has been realized in a short period.
“For the development of the Fishermen and fishing sector, the Government has introduced various schemes/policies he added, saying that during Pandemic time also the fisheries production was not discontinued due to Government Initiatives. Highlighting the Pradhan Mantri Matsya Sampada Yojana (PMMSY) scheme, he said through this scheme, for the first time, the Government has invested Rs. 20 crores in the sector,” he said.
Murugan said the Government is focusing more on modernizing the fishing harbours and seaweed cultivation, which is another aspect that the Government is emphasizing more. He informed that across the county, four fishing harbours are going to modernize on par with international standards. He added informing that the Government is focusing on empowering fisherwomen and promoting entrepreneurship.