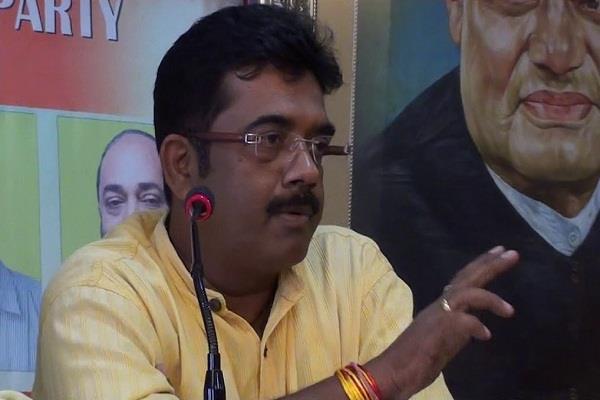 He is also expected to hold series of meeting with BJP leaders and karyakartas.

“ BJP Goa State Executive meeting will be held on Sunday and will be chaired by Desk in charge C T Ravi. Also Union Minister Giriraj Singh will address a press conference this Saturday on budget,” he said

He said that the BJP Goa unit is very gratefull to the Prime Minister Modi, FM Sitharaman and HM Amit Shah for giving Goa Rs 300 cr for the 60th Goa Liberation Day.

“Today we also declare Urfan Mulla as additional spokesperson of the Party,” he added

Meanwhile, Tanawade said that BJP is ready to contest the forth coming municipal elections on party symbol, if Goa government takes decision of contesting it on party lines.

“State BJP had requested the government not to hold the elections on party lines.   “Finally, the call has to be taken by the government, we are ready for both options”,  said Tanavade.