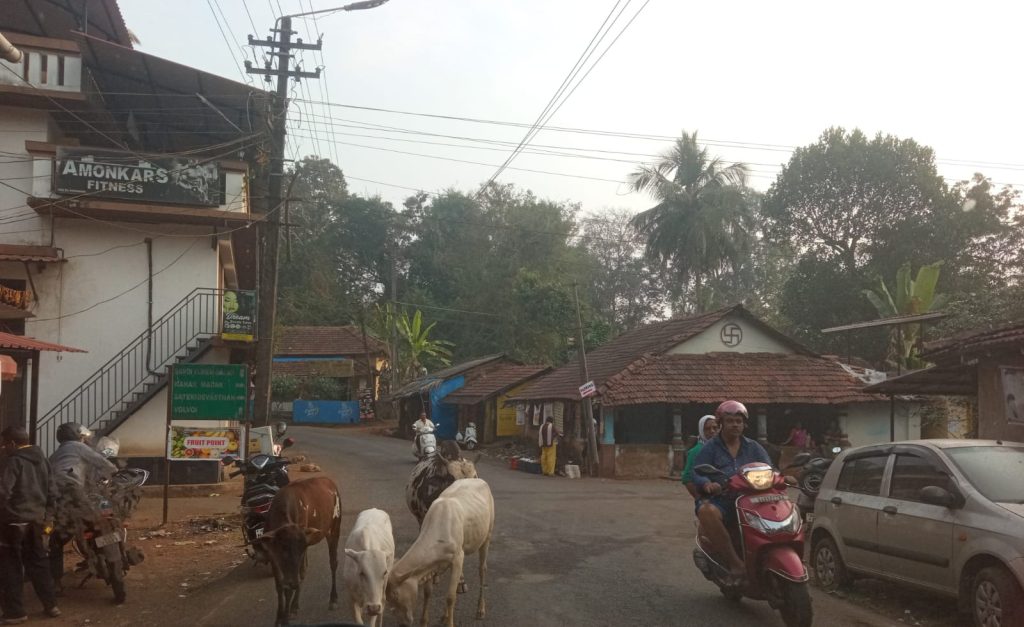 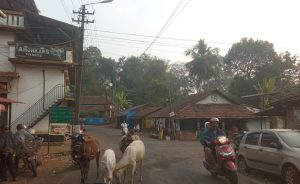 Goemkarponn desk
SAVOI-VEREM: To curb the stray cattle menace, Savoi-Verem: Vere-Vaghurme Panchayat has given a final-week ultimatum to owners to claim their ownership of teh stray cattle, which are roaming in the jurisdiction of Panchayat.
Stating that the cattle roaming freely on the streets happen to block the narrow village roads and pose a grave threat to motorists, Shobha Perni, Vere-Vaghurme Sarpanch, informed that the public interest notice has been issued to reduce the trouble caused due to stray cattle menace.
Perni said the Panchayat, in the last two months, encountered various cases of Lumpy skin disease (LSD) among stray cattle. “To curb the disease and safeguard cows from getting infected, Panchayat has decided to send the unclaimed stray cattle to gaushala”, added Perni.
Adding further, Perni said, “Decision was taken upon receiving multiple complaints from villagers. Frequent complaints about cows and bulls interrupting the smooth flow of vehicular traffic in Savoi-Verem market area, Savoi-ghano, Bhatola made Panchayat issue the public notice”.
She said that the Panchayat also receives multiple complaints from farmers about stray cows and bulls entering their fields and destroying crops”.
Appealing to stray cattle owners to claim the ownership of their cattle, Perni said, “Those cattle which remain unclaimed and seen freely roaming on the roads or those whose owner cannot be determined will be directly sent to Shikeri gaushala at Bicholim for shelter within next week”.